RUNNING an entire mining fleet might come at a much less expensive cost and disruption to the environment with today’s launch of an Australian-made dual-fuel engine system that displaces fuel with high density compressed natural gas (HDCNG). 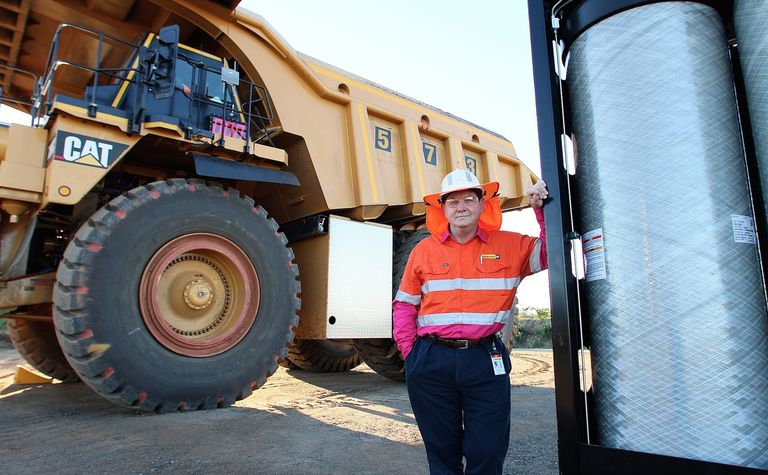 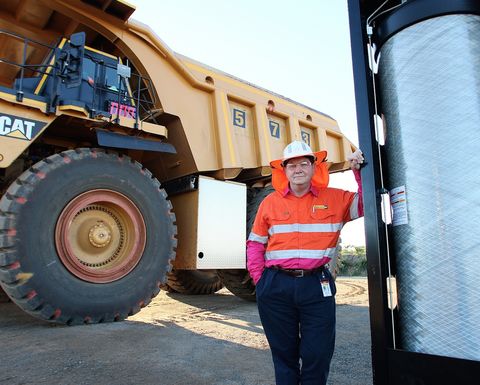 The system accepts both sources of power but has the ability to displace as much as 95% of diesel fuel when its HDCNG function is active.

Should the gas supply be interrupted, the engine is still capable of running on 100% diesel and reverts automatically if required to do so.

Mine Energy Solutions – a partnership between Australian privately owned gas technology expert, The IntelliGas Group, and diversified multinational Sime Darby created the technology and retrofitted it on a Caterpillar 3516B engine for field trials.

The engine was mounted on a Cat 789C mine truck and tested publicly for 10 days in Queensland’s Morayfield, where more than 150 industry, government and business observers gathered to witness the performance first hand.

“Average diesel displacement in excess of 80% was achieved over the full range of drive cycle conditions simulated by the trials without loss of torque or power,” MES executive director Craig James said, describing the technology as a “game changer” for the mining industry.

In addition to reducing fuel costs, the technology can also reduce carbon dioxide emissions by up to 25% and cut particulate and noxious emissions, delivering health, safety and environmental benefits onsite and around the mine.

Further, James mentioned it could even deliver road safety improvements.

“In central Queensland, there is the potential to take as many 8000 diesel tanker trucks off the roads annually between the fuel depots at Mackay and Gladstone and mine sites to the west,” he said.

“Adding to that a gas fuelled engine also improves driver comfort as it produces less noise and vibration.”

“The truck performs better and more crisply with the MES controls, even on diesel, but when the gas fuel is introduced it is also noticeably smoother,” he said.

The engine technology can be retrofitted to existing mine fleets including dozers, wheel loaders and diesel shovels.

It can also be integrated seamlessly with existing manned vehicles or autonomous mining machinery.

MES will deliver the gas to site and provide either automated or mobile refuelling systems.

On mining trucks, the HDCNG fuel packs will be mounted in four fuel cassettes, each containing two lightweight composite cylinders that are designed to be robotically exchanges at the refuelling station in less than five minutes and on both side of the truck simultaneously, much like a swap and go bottle exchange.

James said MES would first target the technology at the Australian mining sector, before taking it internationally.

“MES sees the HDCNG technology to be a game changer for the mining industry,” he said.

“MES intends to offer the mining industry an end-to-end fuel solution never before experienced in the industry.”

HDCNG is natural gas compressed, transported, stored and dispensed at pressures in excess of 5076 pounds per square inch. It has about twice the energy density of convention compressed natural gas and about 65% the energy density of LNG. It also has less space and weight claims than CNG and none of the safety handling issues that result from the cryogenic nature of LNG.