AGL and Rockwell drive together

A JOINT effort between AGL Loy Yang and Rockwell Automation has led to improved drive systems that are being fitted to the Victorian coal miner and energy producer’s conveyors. 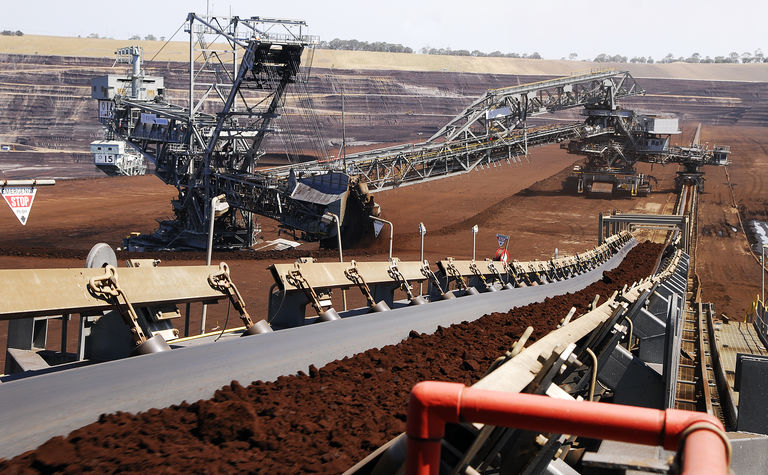 The change comes because AGL Loy Yang requires more power to operate a longer conveyor system at the mine in Latrobe Valley, which has an annual output of 30 million tonnes of coal.

It is founded on the Allen-Bradley PowerFlex 7000 medium voltage AC drive and was designed as a removable drive package that Rockwell claimed could be easily installed or uninstalled on any of the mine’s conveyors, providing increased flexibility at the four-level open cut coal mine.

Rockwell engineering team leader John Dunn said this was partly due to the drive’s direct-to-drive feature, which helps eliminate the need for isolation transformers on applications with either new or existing motors.

“The transformerless configuration of the PowerFlex 7000 meant we were able to help minimise the footprint of the drive package,” he said.

“The main electrical feature is the load sharing between different drives on each conveyor.

“We developed a partitioned stainless steel IP65-rated enclosure, equipped with an air-conditioned cooling system, to house each of the 6.6kV PowerFlex drives.”

Nine drive packages have already been supplied and the overhaul continues on the ground to integrate the new drive technology with the mine’s existing drives and control architecture.

“When the first project with Rockwell Automation happened it was very significant for the mine, but our ongoing working relationship means that the drives have become very seamless to integrate,” he said.

“We have a lot of experience using the drives now, making it a fairly easy, run of the mill upgrade that doesn’t take too long.”

The benefits of the PowerFlex 7000 drive solution and its seamless integration into the mine’s operations include minimised production stoppages, advanced diagnostics and troubleshooting capabilities through operator interfaces, maintenance reduction, space-efficient speed and torque control, and load-sharing between drives on each conveyor.

The drives’ air-conditioned and removable design has also provided protection from the extremely dusty conditions experienced in the mine and eliminated the need for additional cooling devices.

At the end of the overhaul, the PowerFlex drives will replace all previous drive systems at the mine, including on a conveyor AGL Loy Yang is building.

Additionally, the engineering team is designing a downhill conveyor based on the Rockwell Automation drive solution that will be used for backfilling the mine.