No longer just an equipment maker 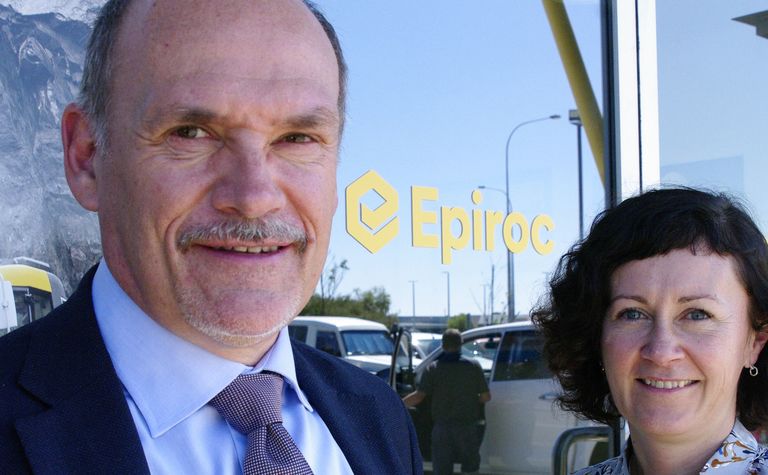 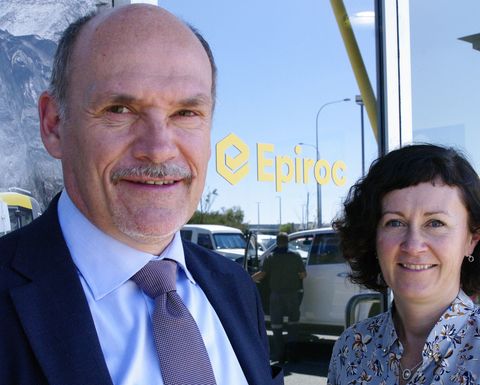 Per Lindberg (left) and Helena Hedblom

Sure it will still be turning out drills, loaders and trucks and the parts to keep them going.

However, newly minted CEO Dr Per Lindberg wants the company to be more than that.

He wants it to be a solutions provider rather than just an equipment maker.

"When the industry tends towards automation and this trend seems to be happening more quickly we have to move with it," Lindberg said.

"We need to be more a solutions provider than an equipment provider."

That means going into the information technology, management systems and data management realms as well as the equipment making one.

Epiroc already flagged this move in a way with its acquisition of a stake in mining data solutions provider Mobilaris and its cooperation agreement with Saab and its subsidiary Combitech to develop safe mining digitalisation solutions.

"The IT side of things is part of being a solutions provider," Lindberg said.

"We are an equipment provider as of now that is gradually moving into solutions.

"The solutions will differ depending on the customer.

"Rather than saying ‘here is a drill', it will be this is the problem we're going to solve for you.

Lindberg spent a week in Australia recently visiting the company's different operations ahead of the change the company is about to go through on April 24.

That is when Atlas Copco shareholders will decide whether the split that will separate Epiroc from the rest of Atlas Copco will go ahead.

Given Investor, the investment vehicle for the Wallenberg family, Atlas Copco's largest shareholder, has already give the deal its blessing, it is likely a foregone conclusion.

That will mean Epiroc will be the master of its own destiny. No more having to fight the four industrial divisions of Atlas Copco for resources. It can make the decisions it sees fit to suit its business as they need to be made.

Interestingly, while Lindberg is a mechanical engineer, he does not have a mining background.

What he does have is a particular set of skills, skills he has acquired over a long career in public company management that will be crucial to Epiroc when it splits away from Atlas Copco.

"The focus for us is to grow the business," Lindberg said.

"We have explicit strategies to do that but we're not going to disclose them too much.

"Me, being new to the company, this week confirmed we are thinking the right way. We just have to execute it now.

"Five years from now we'll certainly be bigger and more responsive to the changes."

Hedblom said the company needed to be a productivity partner with its customers.

"We have to be at the forefront of innovation," she said.

"We acquired a small share of Mobilaris. They have a solution for real-time asset positioning.

"That is a key component if you want to go to a fully autonomous fleet underground."

She said customers could expect to see more of the sort of collaboration Epiroc had entered into with Saab Combitech in the future.

"Mining will benefit by bringing in technologies from other industries," Hedblom said.

Epiroc is working in parallel on the two key pushes for underground miners at the moment - automation and electrification.

"Most customers would like to have a mixed fleet," Lindberg said.

"If we don't do it [make an agnostic fleet management system] somebody else will."

Those customers are also starting to ask for that fleet to be battery powered, an area Epiroc, like other equipment makers, is focusing on.

Hedblom said the company was going ahead with transforming the fleet towards battery technology.

"The biggest gain from that is in ventilation," she said.

"The aim is to help customers achieve a fossil fuel-free mine environment in the future.

"We have started with the smallest machines and are working our way up.

"We're teaming up with the strongest players to bring in whatever new battery technologies there will be."

At the moment Epiroc is focusing on lithium-ion batteries but it is watching other battery chemistries as they emerge.

Hedblom said battery technology was a sustainability issue for the mining industry.

It allows miners to move away from diesel and all the issues that come with that.

The steps towards electrification can be beneficial too.

"If you take the equipment that has not been transformed to run on batteries, all product programs have targets to be more energy efficient," Hedblom said.

"Sustainability is a key target for this business. How can we reduce the footprint and take a lifecycle perspective including the usage and lifecycle of the equipment?"

The problem with battery technology at the moment is that it is only sufficient to power small pieces of equipment and then, not for a full shift.

Somewhere along the line the machines will need to either be recharged or get fresh batteries.

This has led to a bit of a schism among equipment makers on the best way to keep battery-powered machines moving through a full shift.

In one camp is the rapid charge adherents and the in the other are those who favour battery change-outs.

Epiroc is very much in the battery change-out camp.

Hedblom said that approach meant customers could use existing infrastructure, such as fuel bays for those battery change overs.

"If you go with fast charge you need that level of power in various areas of the mine."

"We're seeing a lot of interest in batteries in Canada for example," she said.

"We're also seeing a lot of interest in automation here.

"I think these changes will happen in parallel. That's how we're preparing our future fleet."

With automation comes the spectre of job losses, something Lindberg admitted was inevitable.

While he was in Australia one of the big stories was the fact that Rio Tinto would be laying off up to 200 workers due to the roll out of its Pilbara mines automation program.

"One of the key things that needs to happen is productivity improvements," Lindberg said.

"It will happen one way or the other and that's through automation.

"If you can't bring your cost base down you will lose more than 200 jobs.

"You can also create new types of jobs. I think we're going to see that through the sector as digitalisation happens."

Hedblom said there was a great opportunity to increase automation in the industry.

"With the fleet we have installed already we have a great opportunity to not only put the technology into new equipment, we can also retrofit," she said.

"I think that is a really big opportunity we have to supply our customers to transform in a faster way than just buying new equipment.

"We have standardised with the Rig Control System for many many years.

"That system standardised for all systems and it is the foundation for us being able to work with on the existing fleet out there."

While automation, particularly in the underground space, will likely remove operators there is a case to be made that that is not necessarily a bad thing. Anything that can take workers out of harms' way is a benefit.

There is also a skills shortage starting to bite in the industry as well, particularly in the sorts of roles created by automation.

"There is a challenge to find people fill these new job roles," Lindberg said.

"What we're offering people at the moment is not very attractive. We need to adapt as well.

"It's difficult to find the right people."

Part of the problem is the image of the mining industry and it not being one that young people necessarily want to enter into.

Both Lindberg and Hedblom are keen to see that perception changed and the highly technical aspects of the industry to be promoted to the "i-Phone" generation.

Hedblom said Epiroc had a big training program for its own employees to upskill them.

"Then it's to position the company as an attractive employer to the younger generation," she said.

"That is the key for all companies in all industries.

"When you see all the opportunities and all the great things you can do [in mining], it's a very exciting business to be in.

"We have work to do to attract the younger people into the business. That's the same for mining houses."

Epiroc also wants to concentrate on its hard rock business and not stray too much into coal.

"Coal, oil and gas are certainly not focuses for us," Lindberg said.

"We need copper. Copper is needed to change the world to more sustainable energy use.

"What do you want to do? We have to be as efficient as possible while mining."

Hedblom said after market was another area the company wanted to excel in.

She said that was one of the areas that stayed strong during the recent mining downturn.

"It's hard work to work with aftermarket," Hedblom said.

"The fleet is out there and we know where the fleet is.

"It is about execution and making sure we are really strong in the aftermarket to offset mines being put in care and maintenance.

"We're bringing in a new type of service offering such as mid-life rebuilds.

"We want to do that in a systematic way and help our customers prolong the service life of their equipment.

"We've been focusing on ways to support our customers to deliver what they need to deliver even if they can't afford to buy new equipment."

Lindberg said Epiroc would be looking at equipment sales and aftermarket sales as the same business. 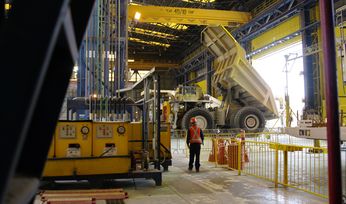 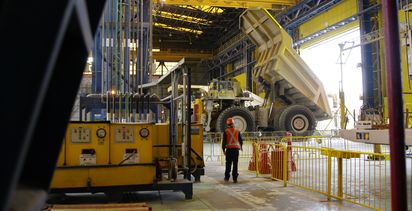 Scidev on the way to Phoenix

Razor in demand by coal miners