WHILE BHP has announced it is trialling two Voltra vehicles at its Olympic Dam underground copper-uranium-gold mine in South Australia, the electric mining light vehicle has been a while in the making. 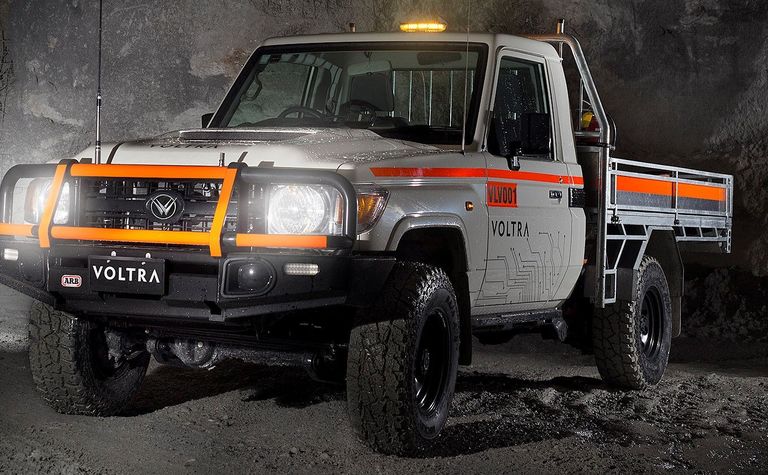 The brainchild of light vehicle parts supplier Autoline, the Voltra is essentially a Toyota Landcruiser with its engine and gearbox removed and replaced with three battery boxes, an electric motor and reduction gear.

Autoline director Travis Seeley told Australia's Mining Monthly the idea of creating an electric light vehicle for underground mines had been driven by the underground mining industry's desire to cut out diesel particulates.

"They have tried using diesel particulate filters but those just reduce the emissions, not remove them," he said.

Seeley said the Landcruiser had been chosen because it seemed to handle the harsh underground environment a better than just about any other light vehicle.

"They just seem to last longer," he said.

"There's been a number of other vehicles that have been trialled underground and failed and they keep on coming back to the Landcruiser."

A prototype was developed and put through its paces around a wind farm in New Zealand.

It was that prototype that caught the eye of BHP.

Seeley said while the vehicle had been developed with the New Zealand company's help, Voltra held all the intellectual property for it.

The Voltra has three battery boxes - one in what was the engine bay and the other two fore and aft of the rear axle - holding its lithium-ion batteries.

Those battery boxes are made of 4mm plate to seal them off from the outside world and house the batteries and the battery management systems.

Computers in the battery boxes manage the batteries and monitor each cell's state of health. There is one main central computer in the driver's cab.

Those computers monitor, among other things, each battery cell and its state of health.

Seeley said for the Olympic Dam trial the Voltra had been designed to have an 80km range - the upper end of what a light vehicle would cover in a shift.

While it will burn through a bit of battery charge going up the decline, regenerative braking recharges the cells so the trips back down the decline will bring the charge levels back up again.

Normally the Voltra would be charged using a 32 amp cable, which Seeley said would take about five hours.

"We're also, for the BHP trial, supplying a fast charging unit to be installed on site that will charge in about 50 minutes," he said.

Seeley is not fixed to any particular charging option, pointing to the speed with which that side of things is developing.

One example he gave was work Toshiba was doing with a charging system using a bank of batteries that are trickle fed electricity to charge them. When a vehicle comes to be charged the batteries are discharged - speeding up the recharge time without the requisite large power draw.

"In six months' time or 12 months' time there could a completely different option."
Since the BHP trial was announced Seeley said he had received a lot of interest from other miners.

The opportunities for the Voltra are further afield than just Australia too.

"It's a matter of building and operating your mine in such a way to cater for what's available now [in terms of battery drive technology].

"The writing is on the wall. Diesel is finished underground in the long term."

Vehicle based on the Toyota Landcruiser, but emissionless. 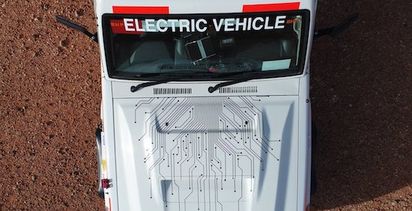