CAB-LESS, autonomous mining trucks are “not far away”, according to Caterpillar surface mining and technology division vice-president Jean Savage. 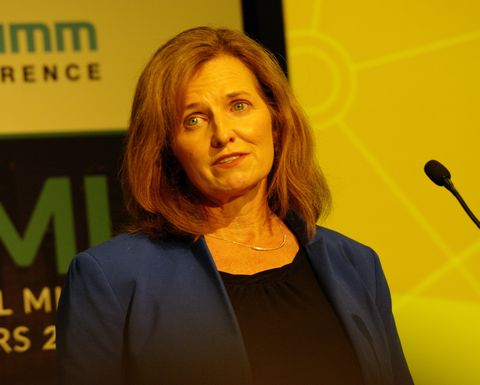 Speaking on the sidelines of the AusIMM Global Mining Leaders 2018 conference in Perth, along with Caterpillar Asia-Pacific mining manager Andrew Ransley, Savage foresees a very different, typical mine site in the next five to 10 years.

However, she said any genuine disruption would depend on the industry's appetite for change.

Savage noted Caterpillar had introduced its first autonomous vehicle in the late 1980s and said the industry was just reaching the "tipping point" where these were more accepted and adopted.

She said repeatability in processes enabled optimisations and consistency.

"From our perspective, that's a significant disruptor and then besides the productivity you get from the autonomy, it's the safety," Savage said.

"We're approaching 1 billion tonnes of material moved with our autonomous trucks, with zero safety incidents. Now that's a step change for the customers who are using them."

"We're working with other companies - research companies, technical companies, universities - to figure out how we better analyse the material at the point that our machines touch them," she explained.

"The other thing is we've invested money in a technology company called MineSense and what they do is measure the ore grade in real time as the bucket is loaded.

"So we continue to progress and as you have that information in real time … the more you can adjust the process to be able to move less material to get to the ore that you're really trying to get."

At Aspermont's Future of Mining conference in Sydney earlier this year, Caterpillar's Carl Hendricks had indicated there was no timeline on the delivery of a fully-automated surface mine shovel or excavator.

"What we're hearing from our customers is that they want eyes on the site and that loading tool is basically the conductor for what's going on in that mining site," Savage said.

"When demand comes, are we ready to go? Absolutely, we continue to do development, but we learnt from the first introduction of autonomy that until the industry wants it, we can't force it out there, so we want to wait for the pull."

Savage believes genuine disruption is most likely to happen in the way people mine.

"As you get the sensors that can tell you about that orebody very quickly, what you'll see again is less material movement so you'll have equipment going in directly to the ore deposits," she said.

"So as you can find them and analyse them and you move less material overall, so the costs go down to get that ore out and then go process it, then the requirement for overburden to be moved will go down so it'll address the cost there too.

"When? That really depends on technology and the acceptance, right?"

As the industry becomes more agile, talk is also emerging of the possibility of equipment suppliers not only providing fleet finance/comprehensive fleet aftermarket support, but also operating the fleet to its optimum level under long-term service agreements.

"It's currently being discussed around the industry," Savage acknowledged.

"I don't think the direction is clear yet on how we're going to go with that but we've been in the mining industry as a partner for decades now, so if it evolves in that direction, we'll work with our customers to deliver the optimal solutions for their business."

There has been a strong view put, from various sections of the industry, that its over-reliance on scale to achieve economies has produced capital and other waste that will not be tolerated in future.

As the operations look to leave a "smaller footprint", Savage and Ransley said the demand to produce bigger trucks for example had plateaued and for some customers, smaller autonomous trucks made more sense.

"We're hearing input from some of the customers and we're also working again with universities and doing some internal studies and they're showing that depending on the mine make-up, it may make sense to go to smaller autonomous trucks to overall save in cost," Savage said.

"I think it is site specific and it again depends if it's a greenfields operation, if it's one that has been running for a while and what the economics mean to make that change."

Ransley said Caterpillar had introduced its first true mining truck, the 785, "a long time ago" and progressively made bigger and bigger trucks, up to the 797 - with the company celebrating manufacturing its 1000th 797 in June.

"It's been a long time since our largest truck the 797 was introduced and there's really not the demand, no one's knocking on the door saying we need a bigger truck, it seems to have plateaued," he said.

"But there are still plenty of customers who are interested in that large size but they're not asking for anything bigger."

Equally, the pair did not believe the end was in sight for large-scale, multibillion dollar surface mining projects.

Savage said they had recently discussed a couple of ideas that looked likely to move forward but customers retained an air of caution since the downturn and potential projects were being analysed "carefully".

She said Caterpillar had good vertical integration so it could optimise its equipment and she believed what would create a further push towards more autonomous vehicles was the skills sets of available operators.

"We're already starting to see a shortage as the sub-turn occurs, not only for us, our dealers and our customers," Savage said.

"When they bring new people on, you tend to have more wear and tear on your equipment, you tend to see your costs go up because they're not expert operators like some of the other ones that you have in place so I really think that will increase the pull, or the demand, as people look for ways to make sure that they're getting everything they can out of their mine for the least amount of cost that they can."

Ransley said that wWith declining grades and increasing strip ratios, it was all about efficiency gains.

"It's still basically drilling, blasting, loading, hauling and getting more efficient at it to overcome the headwinds of grade and strip ratios," he said.

"We're just focused on making sure we continue to improve the efficiency and reduce the waste.

"At some stage maybe everything gets disrupted by in-situ mining, continuous mining methods, there's been much research into those over the decades and conveyor systems, but [they] really haven't gained a lot of traction yet."

Previously customers had preferred to maintain a cab "just in case" but had since asked to save the weight in favour of extra payload.

"I'd prefer not to say how soon but just say that it's not that far away," she said.

"Again, it's the pull from the customers and the demand of what they want to have."

Komatsu rolled out its take on the cab-less autonomous hauler, called the Innovative Autonomous Haulage Vehicle at Minexpo, in 2016.

Kazakh loader operators can now avoid the dust and chill of the underground. 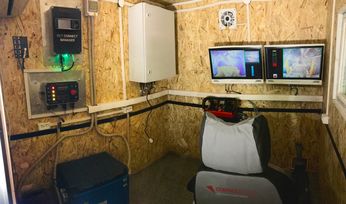 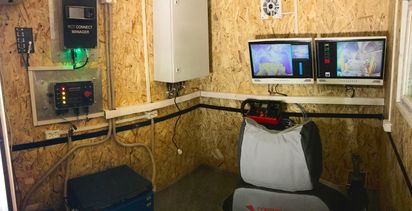