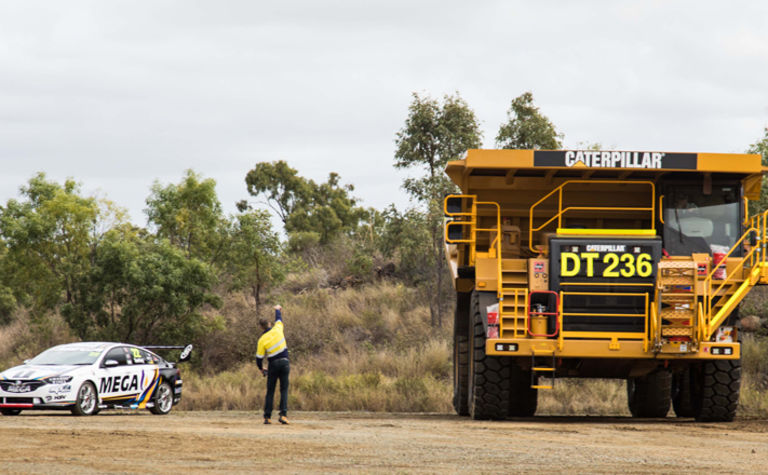 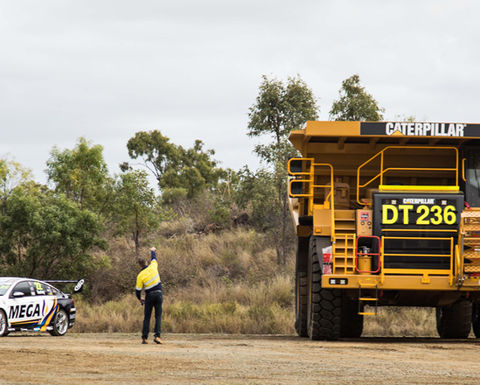 "Mining equipment is definitely not seen racing around a track very often, they are usually busy moving tonnes of dirt from point A to point B," he said.

"It will be an interesting match-up as our dump trucks are more well-known for their large engine capacity, sheer size and brute force, race cars on the other hand are more about speed and agility, so we've put a few obstacles in the way to even the score."

The course was set up so the Supercar had to weave its way past obstacles while the dump truck showed its power by bursting off the grid in a straight line.

Courtney started in the Supercar while Pye took the wheel of the Cat; with Courtney hitting trouble at the obstacles leaving the dump truck to take the honours after picking up speed down the straight.

Pye said growing up, almost every little boy wants to drive a big truck and thanks to National Group he and Courtney got to be young kids again.

Ackroyd said the day was a great opportunity to showcase the partnership with the Mobil 1 MEGA Racing team and most of all have some fun combining the industries' machines together for a never before seen event.

The Cat 789D will still be available in markets outside North America and Europe. 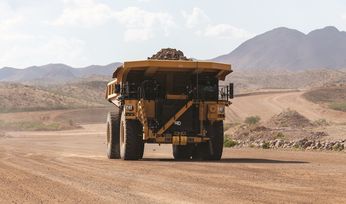 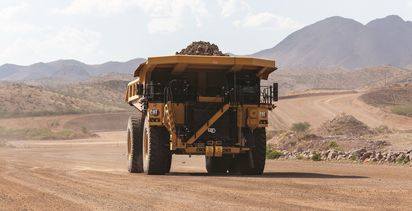