Hog gets a free kick

KICKING one-time coal king Nathan Tinkler off the list of Australia’s richest people was an easy decision that Hogsback reckons hid the fact that a few more people need their fortunes trimmed – as does the list of coal projects on an Australian government “dream” list.

Tinkler’s removal from the BRW Top 200 Rich List came after a tumultuous 18-months for the electrician-turned-entrepreneur. It culminated in his failure to complete a privatisation takeover of Whitehaven Coal, the company in which he (currently) remains biggest shareholder.

If Tinkler has fallen far from the $915 million fortune he was estimated to have been sitting on last year, there are questions to be asked about other coal “richies” on the list and about the list of prospective coal projects just released by the Bureau of Resource and Energy Economics.

In a week chock-full of lists, The Hog will launch into his critique on a personal note because simply removing Tinkler did not address the bigger question of who else deserves a wealth haircut.

Chris Wallin, for example, remains a $2.8 billion man, according to BRW, despite little evidence to support the valuation and a pile of proof to demonstrate that everything (and everyone) associated with coal has plunged in value over the past year.

Deutsche Bank, in its devastating assessment of coal reported on ILN yesterday, noted bigger and deeper cost cuts will have to be made by all coal companies – with BHP Billiton and Rio Tinto singled out for special mention thanks to the collapse in the value of coal assets.

Using the share prices of listed coal miners and project developers such as Whitehaven, Bathurst, Stanmore and Carabella, it is easy to see a 50% fall in values over the past 12 months. Some coal companies, especially would-be developers, have fallen much further.

These are questions The Hog suspects have an answer that goes like this: “it’s awfully difficult to make big, sudden, reductions in a person’s wealth estimate because it makes last year’s guess too high, and therefore wrong”

Then there is the Tinkler issue because if he is going to be singled out for removal from the rich list because of crashing coal values, how can the other wealthy coal-richies retain their positions among the wealthiest 200 Australians.

Sadly, lists are little more than a best guess, a fact exposed by the second list that caught The Hog’s eye this week, the BREE list of major projects.

While most reporting on the BREE list focused on the sharp decline in prospective resource investments there was little coverage of the detail. That is unfortunate because the juicy bits are often found in the detail.

The BREE list of prospective coal developments, for example, features 96 names compared with 102 on the list compiled last October.

Quite simply, it beggars belief that at a time when the coal price is in the basement, investment banks such as Deutsche are warning of more project cuts to come, and the fortunes of the coal-rich are being trimmed, the civil servants at BREE have only been able to remove six projects from their best-guess list of emerging coal mines.

A more realistic pruning of the list would have cut at last 50 projects. That is partly because banks and investors are in no mood to loan money to coal-mine developers. It also is because the projects on the latest BREE list envisage an extra 580 million tonnes of coal being produced by the 96 mines on the list. As if the market can absorb an extra half-a-billion tonnes of Australian coal.

Both the BRW and BREE lists, or the people behind them to be correct, need a stiff dose of reality. What has been produced this week in the form of the personal wealth list, and the emerging project’s list is nonsense.

Even if it is painful to consider the real state of the coal industry the truth is that tough times have arrived. Fortunes have been lost. Projects are not going to be developed, and more existing mines are going to be closed.

It is not a pretty sight, but it is better to face up to something unpleasant than something that is wrong.

Company to be debt free in short-term. 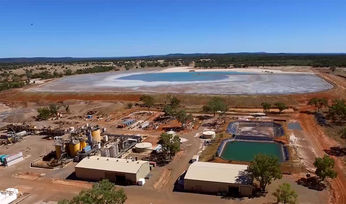 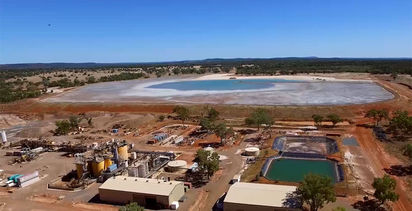 Hog gets a free kick