THE latest version of CSIRO’s SIROQUANT mineral analysis software has gone on show for the first time at Germany’s Hannover Fair. One of the most widely used products in its field, SIROQUANT software uses data from x-ray diffraction (XRD) analysis to determine the mineral composition of everything from cement to orebodies.

According to Les Dale, CSIRO’s research group manager in charge of the technical development of SIROQUANT, the latest version 2.5 has a host of new features, including an extended database of more than 1000 quantifiable minerals (phases) — 700 more than the previous version.

Marketed by Sietronics Pty Ltd, SIROQUANT is being used by industry, universities and research institutions around the world. More than 300 units have been sold in over 30 countries.

“Sietronics’ marketing of SIROQUANT has given us valuable market feedback enabling us to shape the product to meet future market needs,” Dale said. The software provided vital quality and process control during mineral processing and, as a research tool, was an essential analysis tool supporting mineralogy studies.

“A recent extension to the package enables SIROQUANT to determine the mineral composition of raw coals — an important factor where valuable export markets could be won or lost on the ability to deliver high performance coal.

“It provides a speedy determination of the mineral composition of coal and removes the need for the three-to-four days ashing process associated with traditional analyses,” Dale said.

“While the latest version of SIROQUANT has over 1000 phases in its database, should a client want specific phases currently unavailable, we will add extra phases to the database as part of our client service.”

SIROQUANT was the culmination of 45 years of dogged research by CSIRO’s Dr John Taylor, one of the world’s foremost scientists in the field of crystallography. Dr Taylor started his crystallography work as a student in 1956, and continues his research today as an honorary research fellow with CSIRO’s Energy Technology division. He has produced 145 publications on crystallography.

Originally published in the April edition of Australia's Mining Monthly.

Claims up to 32% more productive and 48% increased efficiency. 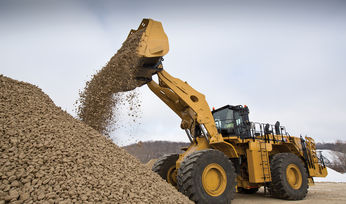 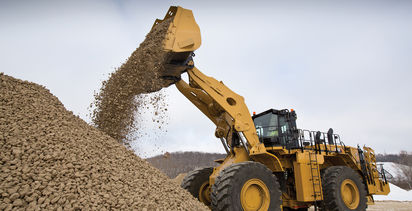