RESEARCHERS estimate that of the 5-6 million rock bolts per annum consumed by the Australian underground coal mining industry, around 35% do not perform to specification. Annual cost to the industry is thought to be over $30 million.

The lack of a uniform knowledge base related to rockbolt behaviour means there are no standardised methods for assessing rock support consumables, installation techniques and support behaviour. The actual anchorage and failure mechanisms of resin anchors have yet to be adequately quantified. The design of rock support has generally evolved out of trial and error rather than from an engineering base.

An ACARP funded project is being undertaken by the University of New South Wales and consulting group Strata Control Technologies (SCT) to establish a rockbolt testing facility in Australia.

Speaking at the 3rd International Underground Coal Conference in Sydney in June, professor at the school of mining engineering, Jim Galvin, said the goal of the project is to establish a rockbolt testing facility in Australia and to establish a suite of standardized testing procedures. The project also aims to improve the understanding of rockbolt anchorage and failure mechanisms, and foster international collaboration.

As part of the initial research a prototype testing facility was established at the UNSW. Data being generated out of testing programs were the subject of considerable debate, Galvin said. One area relates to the correlation being measured between the applied axial bolt load and the lateral pressure change measure in the surrounding rock mass once the encapsulation medium yields. It needs to be established is this is simply a Poisson’s effect, or a response to the confining action of deformed ribs on a rock bolt, or a combination of both, he said.

A new ACARP grant will continue the research, by fine-tuning earlier test procedures with the aim of quantifying behaviour of a fully encapsulated rock bolt system from a components point of view and from a systems point of view. The system is made up of the deformed bolt, the encapsulating medium and the borehole.

“A noteworthy feature of the research has been the successful collaboration between national and international researchers, consultants and strata product companies in the field of rock bolting,” Galvin said. “This collaboration has stimulated and advanced the knowledge base and has been a valuable source of both technical advice and rock bolting consumables.”

Leach testing has established the REE can be leached in cold water. 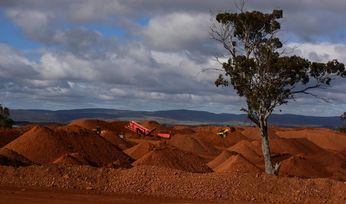 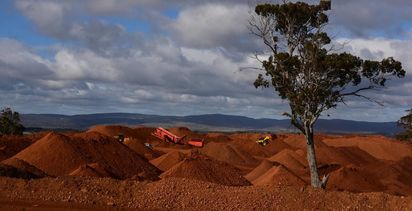