A PROFESSOR from Southern Illinois University in Carbondale has joined an international task force that will aid China in evaluating long-term issues surrounding coal use for energy.

The university said Department of Mining and Mineral Resources Engineering staff member Yoginder “Paul” Chugh was now a member of the China Council Task Force on Sustainable Use of Coal, a group that includes other industry professionals, scientists and engineers from France, Denmark, Canada and China, who are collaborating to look at China’s coal-based energy plans.

The task force will be chaired by a Chinese vice-premier and the group’s report is expected sometime next year. As part of the project, Chugh will travel to China several times to work with officials and collect data.

“China’s use of coal is going to continue to increase, which also makes them very large producers of carbon dioxide. They are looking at this to see if they can sustain coal as a primary energy resource in their country,” Chugh said, adding that the task force would also look at applicable clean coal technologies and coal-to-liquid innovations for transportation.

Chugh said he supported a study that would have a “reasonable timeframe”, perhaps 25 years, and evaluate supply and demand over that period.

“In the last decade or so, China has electrified most of the country, like 90 per cent or more,” he pointed out.

“China has identified coal as its primary energy source, so it needs to examine this to make sure its infrastructure investments will work out.”

He said that if the supply and demand scenarios didn’t parallel, the country could be in for problems.

“We have to look at where the demand will be and then we can look at sustainability issues,” he said.

The task force will also look at the environmental impact of coal use, including such issues as mine drainage, fly-ash management, underground water resources and surface subsidence. Chugh also wants to develop a spreadsheet-borne sustainability index to determine values in specific regions; this would take into consideration such variables as reserves, labour pools, infrastructure and environment.

“To me, that would be a very exciting thing to do, to apply a formula that immediately identifies the need for additional knowledge-based development,” he said. “We could take something like this to other countries as well.”

China uses about 2 billion tons of coal each year, more than any other country globally, and contains some of the world’s richest reserves. By comparison, the United States’ annual consumption is 1.2Bt. 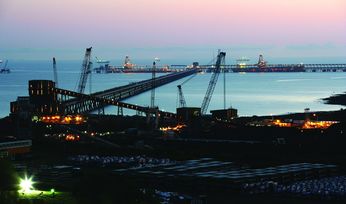 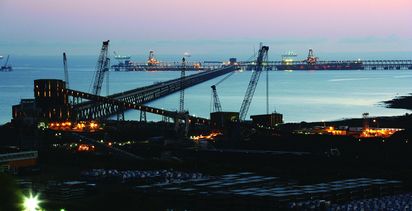