Coal producers are increasingly seeing the need to establish the environmental bona fides of their product.

Initial findings of a major Life Cycle Analysis study show that coal's environmental credentials are not nearly as bad as what has been commonly understood and projected.

Coal producers may once have taken the attitude that once coal passed through the mine gate they were not responsible for how it was used. Whether it made steel or electricity and whether it generated emissions was effectively not the producer's problem.

But, against the backdrop of enormous pressure on the environmental impact of coal usage, an awareness has developed among producers that their future livelihoods will be threatened unless thinking about coal changes.

At this year's Australian Coal Conference in May, this major shift in thinking became apparent when coal executives met to express concern about the sustainability of their industry.

The result of this meeting was an agreement to fund a $1.5 million awareness and education campaign, now in its early planning stages, called the Australian Black Coal Development Program.

The idea behind this campaign is to present key government decision-makers and the community at large with information about coal's true, relative environmental performance as compared with other reductant and energy sources.

The campaign will also highlight the important contribution coal makes to Australia's international competitiveness, living standards and regional communities. It will heighten awareness about the role coal can play in a balanced and sustainable manner in helping improve living standards in developing countries and in being part of a low cost global greenhouse solution.

This initiative was given momentum by a major research project called The Environmental Credentials of Coal, completed by BHP Research under the Australian Coal Association Research Program (ACARP).

The preliminary results of this project, which uses Life Cycle Analysis (LCA) methodology, found that coal performs significantly more favourably than commonly believed against a range of alternative reductant and energy sources, once the full life cycle of emissions involved in production, transportation, use and recycling are taken into account.

This work, which recently underwent international peer review, has been released as a full ACARP report, accompanied by a supporting Summary for Policy Makers document.

Those involved with the project said the work has wide acceptance and support among the coal industry and supporting industries.

The LCA project was born of the need to develop a new scientific set of data that would allow a fuller comparison between alternative reductants and fuels such as gas.

LCA quantifies all the emissions produced and emissions saved where by-products of one process may be used to replace products in another process, thus avoiding emissions from the replaced products.

The LCA study is the first stage of a larger project to assist the industry, policy makers and the community to better understand the role of coal and will also provide the basis for balanced, sustainable decision-making.

So far, according to industry observers, initial LCA work on coal has received Commonwealth and State government support.

The Queensland government's newly released Energy Strategy, which blatantly favours gas over coal while pretending to take a 'green' stance, is an example of how policy-makers could have had a better basis for formulating such policies without imposing unnecessary higher energy costs on consumers.

"However, there are significant environmental challenges for the industry," he said.

"Although it has become cleaner, more efficient and environmentally aware, the coal industry today recognises that continuous improvement in the performance of coal and other energy technologies, particularly in relation to greenhouse gas emissions, is being demanded by the community for a sustainable future to be realised."

The new data that flows out of LCA will clearly be an important tool in any attempt to raise awareness and educate government. It will allow a change in thinking away from simplistic burner tip comparisons to include more holistic evaluations of true relative environmental performance.

According to an industry observer closely involved with the study, this work clearly shows the potential inherent in new technologies. The next step will be to change government thinking to encourage the development of technologies that would help with the better utilisation of coal.

The Black Coal strategy will be funded through a 0.75c a tonne levy on production, with 0.25 cents, or around $1 million over the next two years, of this levy going to the next phase of the LCA research - Coal in a Sustainable Society (CISS).

The CISS initiative has also received additional cash funding and in-kind support funding from ACARP, BHP Research, the World Coal Institute and the power industry, as well as from Queensland Rail and FreightCorp of NSW.

Matrix partners with FFI to make green hydrogen a reality. 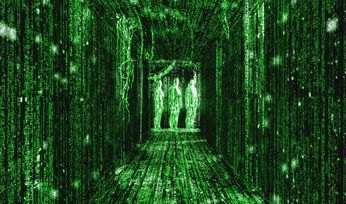 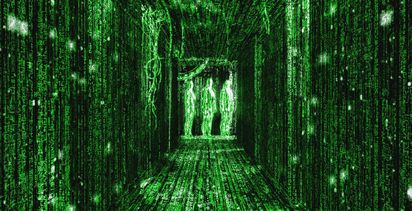