NORMALLY at a mining show such as AIMEX, the intrepid Australia’s Mining Monthly journalists report on the best swag to be had. However, there is a mining downturn on so hence, the AMM Awards. 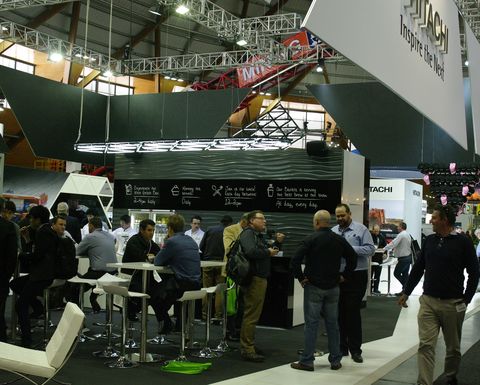 Best Stand Award: Money talks and Hitachi has clearly gone for the big bang on its stand this year. Not only does it have a simulator attached to it, the stand also has a meeting area and a rather snappy display of hats. But wait, there’s more. The stand also has a barista and a nitro gelato operation. Just quietly, the coffee from the Hitachi stand is the best to be had at the show.

Nitro gelato. What better draw to a stand?

This investment in stand should pay dividends for Hitachi. With no Caterpillar, Komatsu or Leibherr and a drawcard stand, Hitachi have pretty much had any mining visitors to themselves.
Also in the running for this was the MTG stand. It put on show new equipment and also had a bit of hands-on for visitors to have a go at. That is often a bit of a draw for the punters.
Cummins should also get a mention because, well, this reporter likes big engines and there was a bit of that on display. It’s hard to go past a donk that displaces more than a small car.
Then there was the Baxters stand with its Tomcar underground personnel carrier. Sure it crams the stand up some but it looks like it would be a lot of fun to take for a spin.
The Clayton’s Stand Award: Also known as the stand you have when you don’t have a stand award. That goes to Crown Forklifts. Actually this appears to be one of the forklifts used for the load-in that was left on what was ultimately a vacant stand.

The stand you have when you are not having a stand.

My Display is Bigger than Your Display Award: Hats off to Mobile Conveying Systems with its Telebelt TB200 mobile conveying system. This display stretched virtually from one side of The Dome at the Sydney Showgrounds to the other. Judging from the video display on the stand it packs down to quite a manageable and mobile package for movement between sites.
The Nyah Nyah Ny Nyah Nyah Award goes to Boss Attachments for having two rather large pieces of equipment on their stand sporting “Sold” stickers. Apparently the sales were made in the lead up to AIMEX and not actually at the show. However, a sale is a sale and in this market, good luck to them.

No skiting but Boss Attachments had already made two sales before the show even began.

Good Neighbour Award: This is a tight one but it goes to the Chilean delegation. Most people in the industry know that Chile has a strong mining industry. It also has an excellent wine industry and yesterday the Chilean delegation put some of those fine wines on show.
Flashiest Display Award: A joint win between Roobuck and Gina’s Flags. Everybody around AIMEX has become pretty jaded with the standard hi-vis offerings. How to top that? Whack flashing LEDs on the vests.
Hidden Secret: The barbecue stand tucked away in a back section of The Dome. Given the lack of queues it appears many AIMEX goers and exhibitors had not cottoned on to its existence but the food from there – superb.

Mobile Conveying Systems had easily the largest display at the show. 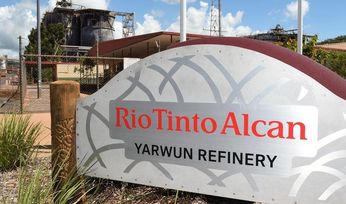 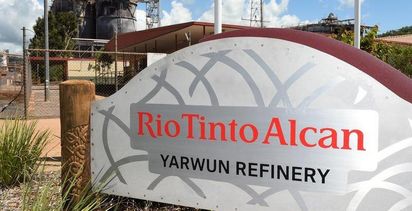