Getting the band back together

FIRST cab off the rank for S2 Resources will be to drop about $1 million to drill out its Baloo deposit, according to S2R managing direct Mark Bennett. He also revealed, at a media conference on the sidelines of Thursday’s Western Australian Mining Club lunch, that the as yet unlisted S2R had received numerous offers to go into ventures with other parties.

S2R has been created by Monday’s demerger of several projects from Sirius Resources, which has been taken over by Independence Group.

One of the keys behind S2R, Bennett said, was that the team that had been behind the Sirius success had come across.

Indeed, it appears they have all taken pay cuts in the hope of recreating the serendipity that led to the Nova discovery.

Bennett said S2R would likely list on the Australian Securities Exchange next month.

The key thing is the company will not be seeking to raise any money on listing. It has about $22 million in the bank and no debt.

Bennett believes that amount of money will keep the company going for three years with its expected work program.

He is, however, hopeful that Baloo will prove successful and start generating cashflow before then.

S2R hopes to have a resource defined at Baloo by February.

It is not looking for a small gold mine outside of Kalgoorlie though. Bennett is hopeful Baloo will be a company making-sized deposit.

“Our fantasy is to achieve that without having to raise money.”

Bennett said he would not have liked to have been trying to raise money in this tough market.

When asked a hypothetical question on whether the company could have raised funds in this tough market he said he believed it could have based on the goodwill from Sirius but it would have diluted the existing shareholders in the company.

And why look to list if there is no need to raise funds?

The answer is simple. It is to give former Sirius shareholders, who get one S2R share for every two Sirius shares they hold, a way to cash in their S2R investment if they wish to.

Besides Baloo, which is in S2R’s 100% owned Polar Bear project near Kalgoorlie, the company also has some interests in Lapland and Sweden and is considering venturing into North America.

Sakumpu is the largest holder of exploration reservations in the Cnetal Lapland Greenstone Belt of Finland, which is considered prospective for nickel, copper, platinum and gold and is the second largest holder of exploration permits in Sweden’s Skelleftea Belt. The Skelleftea belt is considered prospective for copper, zinc and gold.

“There are a lot of companies that don’t have the wherewithal to pursue opportunities and that goes double for over there,” he said.

On the partnership front, Bennett said S2R had received numerous informal approaches so far but, because S2R had been at a standstill waiting for the demerger to go through.

“We haven’t even had a chance to assess them,” he said.

“On face value there has been a really broad mix of things.

“Our issue will be working through and seeing what is appropriate for us.” 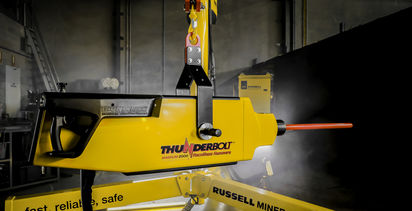