Tapping into the internet of things

LOCOMOTIVES that are moving data centres. Jet engines that generate one terabyte of data on a Perth to Sydney flight. That is not the future, that is now and things are only going to get more interesting, according to GE chairman and CEO Jeff Immelt. 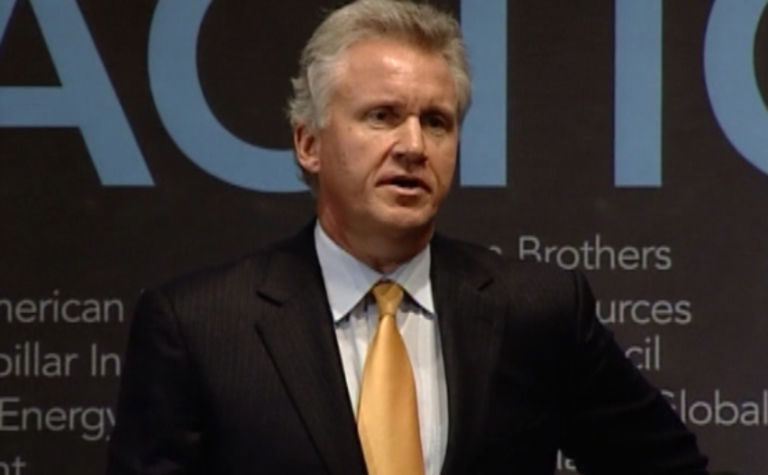 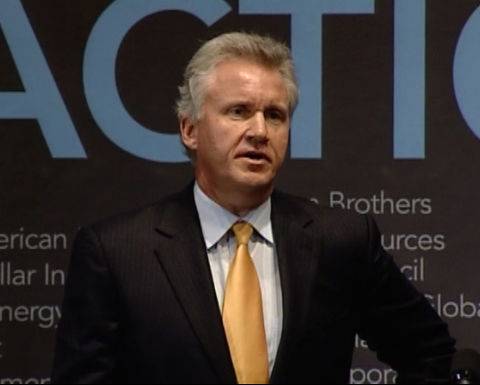 Indeed, Immelt says he is excited by the promise of the Internet of Things and what it can bring to businesses and leaders.

In simple terms this is where control sensors and the like in various pieces of equipment report the data they are collecting.

This flood of data poses some massive challenges but also great opportunities.

“We’re just in the beginning phase of the Internet of Things,” Immelt told a Perth business lunch yesterday.

“It’s a combination of technologies. It’s things like control sensors being blended with long term machines and devices such as jet engines and locomotives.

“A flight between Perth and Sydney can generate a terabyte of data.”

So what does this mean for the resources sector?

“Think about how you manage your fleets. Think about labour productivity.”

Immelt said productivity growth over the past four years had been running at about 1%.

“I see we can do a better job of this and information will be an important part,” he said.

This of course will change some of the ways business is done and the roles of some who do it.

“This will change what a CIO is,” Immelt said.

“The function has been completely reborn and redesigned. It used to be about outsourcing. Now it is a big part of productivity improvements.”

GE has made big inroads into the IoT sphere but Immelt admits it is still early days.

When asked whether GE was trying to become another Oracle, he made the point of how well traditional businesses had gone with the consumer internet boom.

“These days 15% of the S&P500 are consumer internet companies that didn’t exist 20 years ago,” Immelt said, making the point that none of the older S&P500 companies had made inroads into that.

He does not want to have the same thing happen with the industrial internet.

“Our idea is to open up our platform and have our customers write their own apps on it,” Immelt said.

“If you are an IT professional at BHP [Billiton] or Shell you can write and create apps.

“I think that’s where the future is ultimately going to go.”

The six foot four former gridiron player had quite the baptism of fire when he took the reins at GE.

Following in the footsteps of Jack Welch would be a challenge for most people but Immelt, who took over GE’s chairmanship on September 7 2001, had an even bigger hurdle to clear just four days later.

As the dust from the twin towers settled, the predicament the company was in became apparent.

In 2001 GE had a 50% market share in the jet engine market, was a major insurer, and also a financier to the airline industry.

Immelt said the company lent $30 billion to airlines to keep them going.

His other coup in the airline business, he believes was to double the company’s research and development investment in its jet engine business at the height of the global financial crisis.

That, Immelt said, was an important lesson to those in business – be prepared to invest when the times are tough.

He said running a business such as GE was not about perfection, it was about managing risk.

Sure, there are going to be failures along the way but the aim is to mitigate the outcomes from that and benefit from the successes.

Immelt believes the financial crisis was where he made his best ever business decision.

“That was probably the only day we could have done it,” he said.

Immelt faced some pretty substantial criticism for the move but did it worry him?

“That was probably the single best decision I made has a leader.”

As the leader of GE, Immelt does travel widely.

That has also fostered another of his views of leadership – that no chief executive should outsource their world view.

Yes, he has staff in each of the countries GE operates in and gets their views on the state of play in each region to inform his opinions, but his view of the world remains his own.

Immelt said he believed China still had much potential, even if he felt unqualified to comment on whether official growth figures were real or not.

But he does go there regularly.

“China is not that bad,” Immelt said.

“There is still going to be consumption of iron ore.

“In a lot of industries there is robust growth.

“Over the long-term I think China is going to continue to be a major player on the global stage.”

On this point Immelt is not so sure.

The problem, as Immelt sees it, is that India did not take the sort of infrastructure investment steps that China took and is therefore behind the eight ball.

“There are a lot of structural challenges India has to overcome,” Immelt said.

“It is hard to do business there.

“We always try to find a different way to play a country. In India we do a lot of our manufacturing there now.”

Program designed to help internet of things novices get into the game. 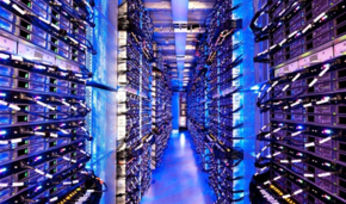 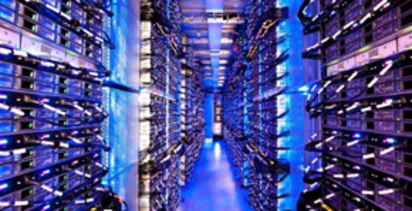