And the winner is …

Winners have been named for the inaugural Australia’s Mining Monthly Awards. By Noel Dyson 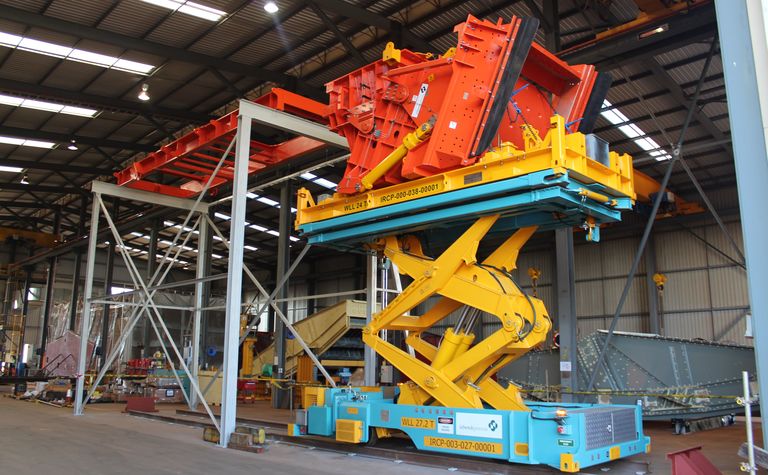 After a lengthy, and at times tense, judging process those winners emerged triumphant.

That said, there were some very close seconds in amongst them.

Schenck Process won the Innovation Award for the solution it found to a problem in changing out train loading chutes at BHP Billiton’s Western Australian Iron Ore operation.

BGC won the Contractor of the Year Awardfor the work a stellar year in which it picked up several contracts and came up with an innovative way to improve performance at one of its long-term clients’ sites.

Historically the maintenance procedure in a train loading chute change out was an arduous one involving chain blocks or cranes.

It also involves high risk activities such as manual handling, access to elevated platforms and the use of four independent chain blocks to lower a 20t loading chute from installed position to rail level.

Working space is extremely restricted because there are a large number of supporting structures.

It proposed a device that could drive into the train load out area and change a chute out with minimal resources.

Called ProLift it would do away with the need for chain blocks or cranes.

Better yet, the change out would be done within 24 hours as opposed to the more than 72 hours such jobs were taking.

A workshop with Schenck Process Australia teams followed and resolved the challenges by defining the outcomes in detail.

A third party specialist with experience in similar systems was brought in.

This led to a worktable concept that was showcased to BHP’s WAIO.

WAIO agreed to the interim solution that consisted of a temporary rail transport dolly and the chute transport frame that would be compatible with the final change out tool.

Schenck was given six months to get the finished product together.

A rapid prototyping process began with engineering and manufacturing in some cases occurring in parallel.

Through this phase there was plenty of problem solving. One example was a spring-loaded roller attachment to allow the easy movement of restraint beams weighing more than 300kg.

A shop trial was held at the premises of Schenck’s fabricator Steelstruct.

The first site trial was completed at Yandi for the Chute Transfer Frame and the Rail Transport Dolly.

The trial was effective and got and received encouraging feedback from all parties.

The innovations did not stop there though.

The unloading of the system using a side loader truck not only reduced the time needed to get the equipment on the rails, it also removed the need for BHP to have a crane on hand, a significant cost saving.

The Innovation Award was incredibly closely contested. There will be more stories to come from this because it unearthed a vein of creativity and ingenuity.

Under that contract BGC will provide mining services at the site to feed the onsite ammonium phosphate fertiliser manufacturing plant.

The site is located 150km south of Mt Isa in Queensland.

The company also won a contract to bring the Nolans East open pit back o life for Carpentaria Gold.

That project is also in Queensland, to the south of Townsville.

Arguably the company’s biggest win though was the extension – through to 2022 – of its mining contract at Koolyanobbing Iron Ore for Cliffs Natural Resources.

However, winning contracts is not enough. 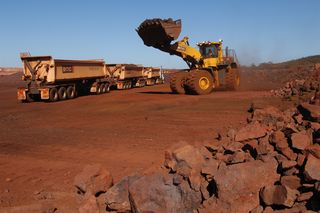 Pybar, which was a very, very close second to BGC, won its share of contracts too – including its first international project – the Dipipio mine in the Philippines.

Along the way it increased its staff numbers from 470 to 800 and made its share of innovative and technological advances.

With BGC though it was the work it did with Cliffs that helped get it over the line.

Even before the iron ore price collapsed BGC worked with Cliffs to find a more sustainable way of working at Koolyanobbing than the “cost-plus” model that incentivised contractors to keep their prices high.

Together they designed a collaborative contracting model that incentivised both parties to work smarter and reduce costs.

They began with Project One, which brought their respective management and engineering teams together.

Switching from fly-in, fly-out to drive-in, drive-out reduced commute expenditure by 60% a year with little impact on travel times.

The mining project was re-optimised.

Energy savings were found with a move to solar-LED lighting.

Truck and train-loading were maximised. This drove down waste in transport costs.

That $55 million target? Well, by the time they were finished the savings totalled $100 million – almost twice what they had been aiming four.

This helped keep the project going through the lowest iron ore price cycle in more than a decade.

At the same time production improve by 6% and, most pleasingly, the original purpose was achieved with safety improving 60%.

On the back of that BGC had its contract extended to 2022.

Leading from the front

However, sales aside it was his willingness to share ideas and techniques with other staff in similar roles who may not have had his experience that really shone out.

“To move anywhere within a company you cannot horde knowledge to yourself,” Herrmann said.

“Share everything you learn and discover to better everyone and open yourself to other positions.” 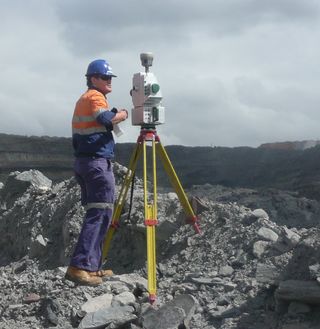 Herrmann is keen to help younger technical users, both within Maptek and at customer sites, to get the best results using the technology available.

He provides coaching, documentation and recommendations, together with supporting detail and data, to mining customers on how to implement the improvements he has identified.

Herrmann joined Maptek in 2005 as an electronics technician in the I-Site hardware production team where he learnt to use the company’s laser scanning instruments.

He moved on to production team leader becoming responsible for initiating new procedures and calibration techniques.

From there Hermmann was moved to the I-Site Technical Services team and was ultimately given responsibility for managing Maptek’s eastern Australian customer base.

With minimal guidance he built relationships with every key customer in the region and progressively increased revenues.

However, Herrmann has not stopped there.

He has become involved with the Maptek Technical Services team and the research and development team to help develop the company’s products, providing insights and feedback from customers.

Given the dearth of exploration at the moment and the tough times facing the consulting sector, that is probably understandable. Hopefully, though, that will change this year when nominations are called again. 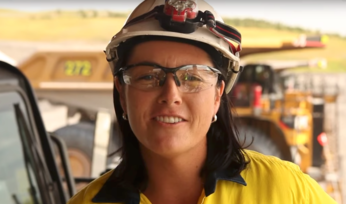 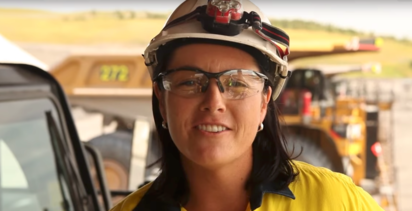