A SENIOR mining innovation executive is hatching a plan to automate the light vehicles on Australian mine sites. 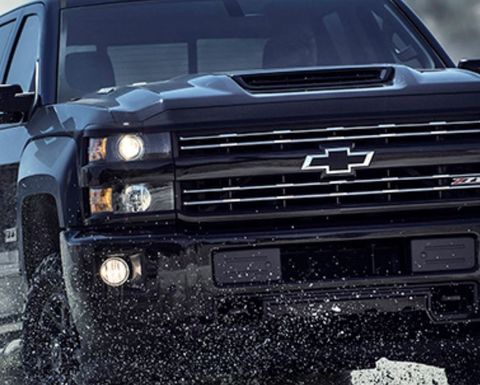 Project 412 is starting off with Chevrolet Silverados.

It is pretty safe to call Paul Lucey a car guy. After all, the former Gold Fields head of innovation turned mining technology entrepreneur is in the process of shoe-horning a 6.2 litre V8 into a Torana.

Well, at least he was, until Project 412 started taking up more and more of his time.

The 412 part of the company’s name is a reference to the area code for Pittsburgh in the US.

The plan behind Project 412 is simple – bring light vehicle automation technology developed in the US, mostly in Pittsburgh, to Australian mine sites.

“The idea is, if you have heavy autonomous vehicles and get them to interact with light vehicles you get safety and productivity gains,” Lucey said.

Project 412 expects to have the first vehicles into Australia to start trials on mine sites in August or September.

Lucey’s five year plan is to have fully autonomous, electric light vehicles on mine sites.

However, the initial plan is to start off with “Level 3” automation, which is essentially heavy driver assist. The driver still has to be there but the car is capable of identifying and avoiding obstacles by itself. 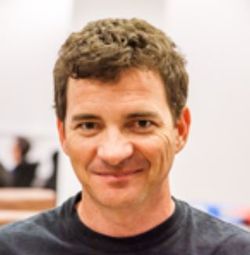 “There are a few things the miners wanted included,” Lucey said.

“We’ve talked about geo-fencing to stop people going into the pit if they are not allowed to go into the pit.

“Another is to stop people swerving to avoid wildlife.”

There are fatigue management benefits too. It could be argued an autonomous vehicle would be safer than a driver who has just clocked off after a 12 hour shift,

While bringing autonomous vehicles to mine sites has its challenges – the mining companies have strict rules around risk – taking them off the mine site is a regulatory headache.

While the autonomous vehicles will be able to operate on mine sites, the automation will have to switched off the moment they go onto public roads.

Lucey said he was working with various Australian state governments, starting with Western Australia and Queensland on the regulations.

He said as the laws stood at the moment, the driver had to be in control of the vehicle at all times on Australian roads.

“For this year we’ll do obstacle detection but not obstacle avoidance.

“As soon as we head onto public roads we’ll have to do some geo-fencing and start retarding the system.”

Lucey said some US states were far more open to autonomous vehicles, pointing to the autonomy allowed for vehicles in Arizona and Pennsylvania.

“In the US autonomous cars are programmed with the law in mind,” he said.

“If someone steps in front of the vehicle, the vehicle just brakes hard.”

Project 412 plans to bring in about half a dozen vehicles this year.

They will likely be General Motors Silverados with the autonomous technology attached.

One of the challenges with the Silverados is that they will be left-hand drive and will not be able to be registered to go on Australian roads.

They are also a fair bit larger than the light vehicles normally used on mine sites, which has Lucey looking at moving the technology down to the Colorado-sized vehicles.

Lucey, who was a judge in the recent Australia’s Mining Monthly Awards, will also be a speaker at AMM’s forthcoming Future of Mining event.

There he will be talking about what he believes a mining company will look like in 10 years’ time.

“The digital revolution, automation and robotics and some of the more obscure opportunities of block chain,” Lucey said.

Besides his role with Project 412, Lucey is also a director of mining equipment, technology and services industry growth centre METS Ignited, a director of Unearthed Solutions and a former CEO and director of three-dimensional vision and mapping software company Mine Vision Systems.

Mine light vehicle overturns with trailer

It appeared the vehicle hubs were not engaged, and the operator was towing in two-wheel high range. 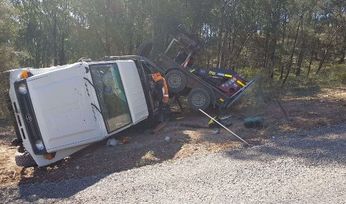 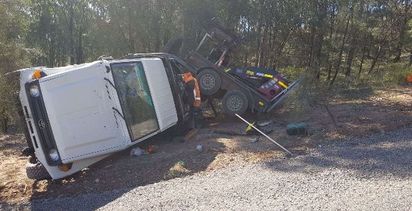