WHAT is needed to make a mine site disappear? That is a question that miners may be well down the path to answering. Laura Kuhar is leading some of CSIRO's in-situ recovery efforts.

According to speakers at the inaugural CSIRO Resources Innovation Showcase on February 18, the answer lies in the data that is available.

Through that data a better understanding of the orebody can be gleaned and new processes developed that may remove the need for mining at all.

One approach is in-situ recovery. That is literally drilling into the orebody, pumping in a chemical to break down the metals in place and bringing that metal-rich liquor back to the surface.

Instead of a big pit the "mine" looks more like an exploration field filled with drill holes and some piping.

This is already a process being used by a number of uranium miners and some players in other metals are giving it a try too.

That is where in-situ mineral recovery can come in. That is where the minerals are recovered in place without as much mining.

In this approach blasting techniques are developed that allow a silo of rock to be created and the ore within it fragmented.

It means a much smaller footprint for mining.

Take these invisible mining techniques further and match it with some of the existing automation and remote operating technologies miners have already developed and some out of this world mining becomes possible.

However, before looking at that it is important to look at where mining is at.

BHP manager technical services and data integration Asmita Mahanta told the Resources Innovation Showcase that the mining value chain needed to be seen as a whole and not as siloes.

She said the mining value chain started and ended with the geology.

That chain includes the drill and blast, the mining, the hauling and the processing.

"Every decision taken or not taken along each step will have a flow-on effect to the next," Mahanta said.

"Enormous data is gathered around the mining value chain but are closing the loop? Is the data feeding back?

"A lot of time we use the data collected in isolation. If we form a data bridge we can think about using machine learning at one point in the stream to determine parameters at different points in the stream.

Mahanta points to work she has been doing with BHP Iron Ore in Western Australia.

"Imagine following a piece of rock you saw on a hill where you stopped to have lunch one day through the value chain to a stockpile in China," she said.

"We're not quite there yet but we are close."

Mahanta said technology had allowed miners to access more information on their orebody than ever before.

One thing BHP is working on is speeding up the interpretation of exploration data.

Such tools have already been widely used in the oil and gas sector.

It is also adding X-Ray Transmission technology to get the chemical properties of the rocks coming to the surface.

Previously exploration holes would be drilled and then, several days later, the results would come back.

That approach has been added to its blast hole drilling too.

Called the Fastgrade Logging Tool it was originally designed for exploration drill holes until it was realised the amount of value in probing blast holes.

That involved considerably rethinking of the approach and ultimately led to a semi-autonomous machine that can probe blast holes safely and report the information it gleans in real time.

Not only does it give information for the mine plan, Mahanta said the data could also be used by the drill and blast team to optimise their efforts.

The data can also feed further downstream too to help optimise the processing and clear material handling bottlenecks.

Mahanta said there had been a problem at BHP's Yandi iron ore mine due to the composition of two of the ore streams going to the plant.

One of those streams was causing considerable problems when it hit the plant, causing delays.

By understanding when this ore was coming it was possible to put in place plans to deal with it.

That included pre-blending the two ore streams ahead of the crushers to improve the throughput.

However, she pointed out that there were challenges, particularly in impermeable deposits.

Much of the CSIRO's research is aimed at managing deposits in impermeable rock.

It is also looking at containment of the lixiviant, the chemical it put in to recover the value mineral and also non-toxic lixiviants such as thiosulphate to recover gold or ascorbic or acetic acids for copper.

It is much easier to tell somebody that the metals will be recovered by lemon juice or vinegar.

So a key hole mine that is very easy to clean up and puts lemon juice or vinegar into the ground sound pretty good.

However, then Kuhar dropped the "f" word in her presentation.

Fracking is a term that creates social media backlashes that no amount of logic and reason can assuage and highlights a major social licence to operate hurdle for the approach.

The CSIRO is about to embark on a project at Kapunda in South Australia to put some of its ISR approaches to the test.

It will be in an old copper mine that is no longer economic to mine.

A large part of the project is involving reaching out to stakeholders to assess and allay their concerns.

And no, Kapunda will not use fracking.

"Australia is well placed to literally take mining out of this world," he said.

The idea is for in-situ resource utilisation to support space explorers in the future.

Basically, they would mine as they go.

"When you look at the ISRU value chain it's very similar to what's on Earth," Dunn said.

Obviously differences in gravity and atmosphere will make a difference to the approaches used, however, the problems are not insurmountable.

"This is an area the mining industry can have an immediate impact on," Dunn said.

"Sharing your maintenance and reliability data can have a value impact to the next level of machines here and in space." 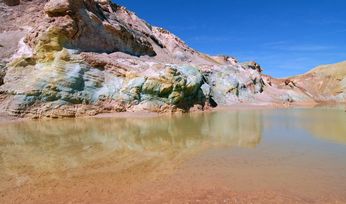 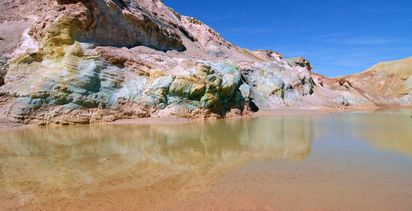