AUTONOMOUS mobile fleets seem certain to become a staple part of new, larger-scale mining projects around the world as planners charged with ensuring capital returns, and maximising overall project value, are forced to include the technology in their calculations. That is a central conclusion to be drawn from an RFC Ambrian report questioning slow technology adoption rates in an industry apparently striving to reinvent itself in the eyes of long-term investors and future employees. 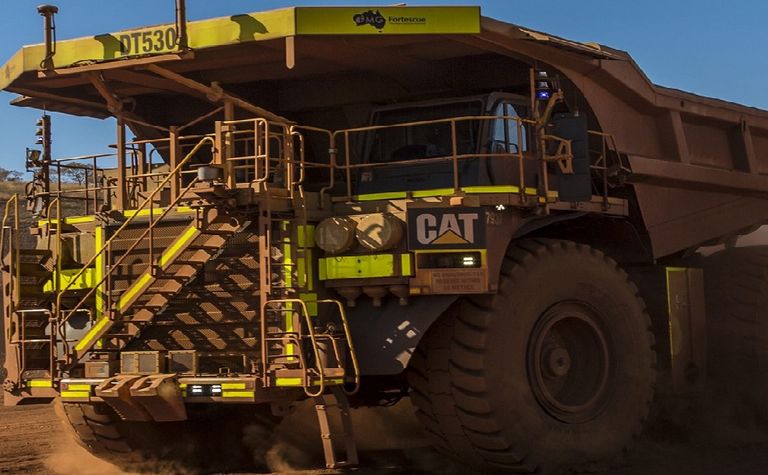 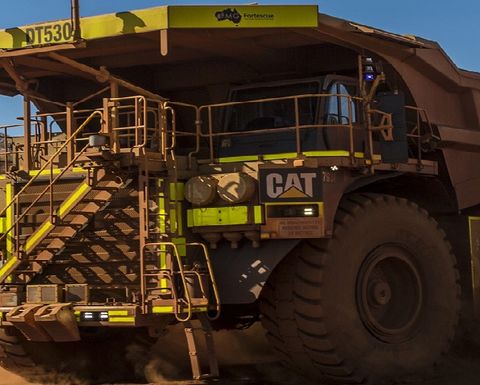 Caterpillar and Fortescue Metals Group are among the frontrunners in the mine automation push.

Part two of a series put out of the London office of the mining and metals investment advisor and broker, the report says theoretical improved investment returns from autonomous surface mining equipment have been demonstrated in practice by a number of bigger miners.

Operators of underground mines, while generally less advanced than those on the surface, are also reporting better returns on capital invested in mobile equipment - one of the biggest items in capital and operating expenditure columns for any mining project.

Senior executives of miners that have invested heavily in autonomous surface fleets have also suggested even bigger prizes - profits - will be won when the industry converts data into intelligence from its series of "test" brownfield sites and uses it to optimise new mine designs and operating plans.

"The technical issues appear relatively minor, there is interest across the industry, and the role out to other mines globally is now the next step."

Bird saidwhile early adopters and manufacturers and suppliers of the mobile equipment and proprietary automation technologies deployed so far hadbeen cagey about releasing too much good news about improved returns on capital - somewhat inconsistent given the capital intensive nature of the sector - mining investors hadprobably seen enough to know a US$2-5 million autonomous truck was a better option than one driven by three people, and a $20-100 million fleet of such autonomous vehicles was part of a superior investment equation around a resource that could be worth 10 or 30 times the value of the tools used to extract it.

When the job of a mining company, including its board, is to extract the highest possible returns from a mineral deposit studied in all manner of ways to maximise returns from it, woe betide the miner in future that doesn't even consider the "new" extraction model.

That is one possible takeaway from Bird's report, anyway.

"Points highlighted by available feedback state that an autonomous truck fleet is an operating tool, not a technical solution," he said.

"The key to getting a great result from autonomous fleets is to have a well-operated site.

"Autonomous fleets will not compensate for poor operations and they cannot be used to ‘buy' good operations."

Bird does caution, on the available evidence, that getting expected autonomous fleet result "often requires a business transformation with a culture change, along with the technical change".

"The technical component is relatively straightforward compared with the culture change," he said.

While indicating miners have some way still to go to promote themselves as adept users of technology, and "good operations" stewards, under the industry's changing culture of improved transparency, the RFC Ambrian report does say the industry's automation trend appears irreversible, even if there are lingering questions about the technology in key areas - mine loading tools, for example.

It suggests current sluggish ramp-up times for autonomous fleets will improve with greater investment in education and training - nothing the industry has not grappled with before where it has been forced to change - and that the regulatory environment will continue to evolve, perhaps in a way that makes safety gains from autonomous equipment use even more compelling than at present.

"In August 2018, Chris Salisbury, [Rio Tinto] Iron Ore chief executive stated that autonomous haul trucks can operate for an additional 1000 hours per year each and had reduced operating cost by 15% in comparison with conventional manned haul trucks," RFC Ambrian says.

"Further, in the 10 years of operation the company had experienced a perfect safety record.

"Despite the acclaimed success and the relative level of maturity of the technology, the wider implementation of AHS does not appear to be happening very fast.

"There are a number of likely reasons for this and one of the most important is a lack of skilled personnel.

"We believe there is a lack of indepth knowledge of the technology and limited personnel with the requisite experience, skills, and training throughout the industry's hierarchy.

"Further, there is a shortage of skilled autonomous operators, developers, and consultants, some of whom are moving to the autonomous auto market."

Other important factors in deployment success include "the level of management commitment, planning, and focus in the implementation, with the best results reported from well-operated mining sites", and "limitations on equipment supply from OEMs [original equipment manufacturers] for new equipment and truck conversions, either due to manufacturing backlogs or maybe market caution limiting investment.

"This is allowing the OEMs to be more selective in their customers.

"However, if the existing suppliers do not develop additional capacity quick enough this could create opportunities for additional entrants in to the market.

"Capital availability in the mining industry could also be an issue, although it is less tight than it has been in recent years. Certainly, some lower margin operations might struggle to finance the capital, although the uplift in relative profitability could be transformational, with relatively quick paybacks."

RFC Ambrian suggests other technology could enhance returns miners are getting from autonomous equipment.

"As yet, no true artificial intelligence has been applied in the autonomous mining industry, but it is an opportunity for the future," Bird said.

"When AI is applied to autonomous mining trucks, they will be able to monitor, learn from, adapt and educate other trucks in the mining environment. This could result in even more productivity and reliability improvements."