Vimy board shuffle on hold

VIMY Resources has announced outgoing chairwoman Cheryl Edwardes will stay at her post to oversee the sale of the Mulga Rock uranium project in Western Australia or a potential partnership, with options including both standalone and joint venture development. Vimy said it launched a strategic review in November to look at all the options, with the board engaged with a number of interested parties.

Former WA attorney-general Edwardes had intended to retire from Vimy's board in March.

However, she has agreed to stay on until the strategic review and current discussions are concluded.

Vimy was offered $687 million to merge with fellow uranium hopeful Deep Yellow in November, which it turned down.

Vimy managing director Steven Michael said there had been significant inbound interest in Mulga Rock following achievement of the substantial commencement milestone on December 16, however, all discussions were incomplete, commercial in confidence and had no certainty of completion.

"I am pleased with the level of corporate and commercial interest being shown in Vimy and its two high quality Australian uranium assets, the strategic value of both Mulga Rock and Alligator River cannot be under-estimated in this globally volatile political environment," he said.

"We are methodically assessing proposals against the value and risk of progressing these projects on a 100% Vimy basis with the ultimate goal of ensuring we maximise value to our shareholders."

Michael said the project team was focused on progressing an early works program onsite and starting a bankable feasibility study later in the year.

"Similarly, our exploration team is well advanced with planning a resource extension drilling program at Angularli in the Northern Territory during this coming field season," he said. 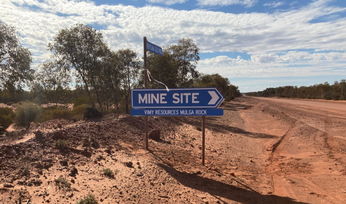 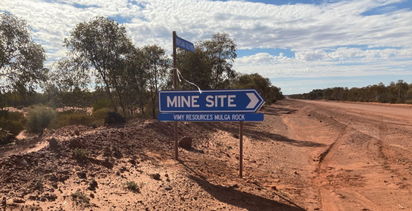