GREEN, powerful and with the potential to shake up the asset management sector, the Krackon has arrived. 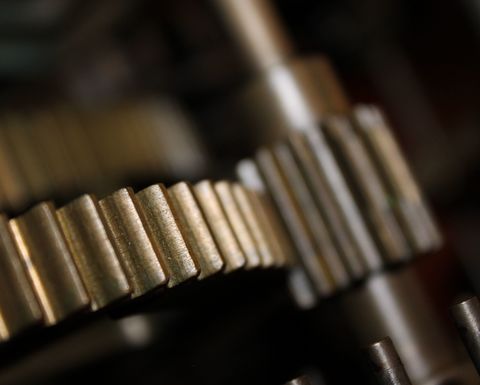 No, it is not the giant cephlapod-like creature believed responsible for the destruction of countless ships. That is the Kraken. The Krackon, from Asseton, is a tablet tool that allows maintenance personnel to have their checklist and relevant procedures in front of them, mark up exactly where a fault they have discovered is on a three-dimensional model and also post photos of the problem.

The tablet allows the technicians to literally draw the crack on the 3D model of the part they are inspecting.

They can also fill out their checklists directly on the tablet and have it reported automatically.

True, tablet-based maintenance checklists are becoming increasingly common. The real power of the Krackon lies in the massive database it links into.

It was about half way through a project creating about 1000 documents for a client when the client announced it had decided to change the template.

That led the company to look for a better way and it decided a database was the best way forward.

This way the data is already in place and any template changes can be handled much more simply.

It also allows it to put in things such as three-dimensional models of key equipment parts into its Krackon tool so maintenance technicians can mark-up exactly where problems lie.
The Advantage database has grown to include information and 3D diagrams from much of the mining equipment out there at the moment.

Asseton director Anthony Large said the database also contained relevant maintenance manual for the machine the technician is looking at, along with their employer's own procedures for dealing with things into the Krackon tool the technician is using.

"We build the checklist in our Advantage database," he said.

"When we do an installation for the client we load all the relevant equipment data into it.

"We can put procedures into the asset history.

"We can track repair history as well."

Should the miner change its procedures for dealing with a problem that can be easily handled by making a change in the Advantage database. Those changes then roll out as required.

A technician may come across a common problem on the pieces of equipment they are looking after, report the problems and suggest procedure changes that may either alleviate the problem or warn other technicians to check for the problem.

The Advantage system tracks those suggestions too, logging when they have been made.

Large said the system could output reports into whatever templates the clients wanted.

He said one of the main ways that was done at the moment was in Word documents because that was what clients wanted, but noted that was changing.

"We're starting to get clients wanting to have reports done digitally," Large said.

He said the Advantage tool had been driven by the problems he and his colleagues had seen over the years they had been in the asset maintenance business.

While the Advantage database is heavily focused on mining equipment there is nothing to stop it being applied to other areas.

It is being applied to a manufacturing plant in New Zealand.

Getting the three-dimensional models is also becoming easier with many computer-aided design tools including this functionality. 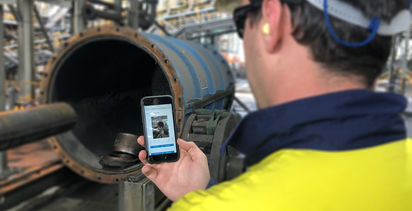