A TYRE management system it developed is helping a tyre management specialist improve its planned maintenance outcomes and reduce mining truck down time. 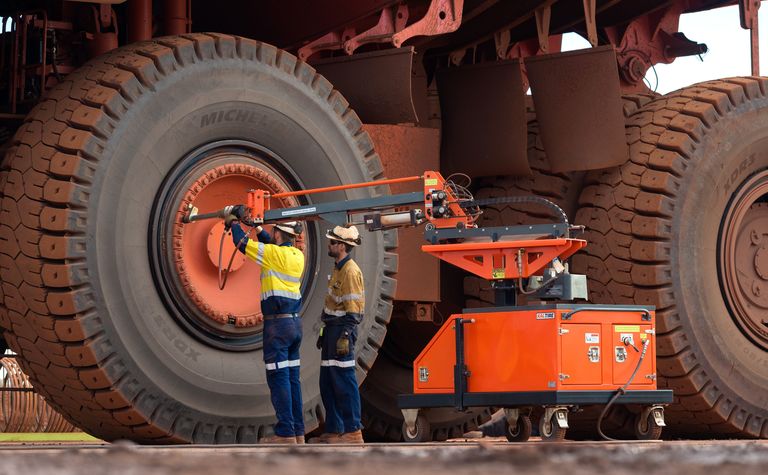 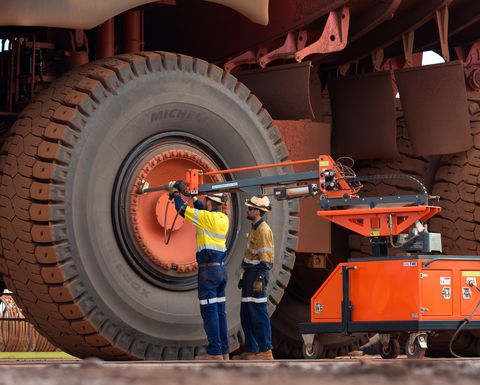 Called the Tyre Operations and Management System, or TOMS for short, the system has been in use with its creator Kal Tire for about five years.

The system is will soon be installed in its 10th mine in Australia and its 100th mine globally.

It is helping Kal Tire improve its tyre management tasks in a number of ways from inventory management to better maintenance planning to better detecting failures to bringing increased rigour to its own policies and protocols.

"A big part of the work we do is monitoring the performance of tyres so we can make recommendations and look at failure modes and try and suggest where we can improve tyre life," Campbell said.

That can be done through actions such as improved haul road maintenance or tyre rotations.

"It was important we had a system to capture that information," Campbell said.

The disparate systems Kal Tire was using made it difficult for it to get a big picture of what was happening across the sites it was managing.

The idea was to have one system that could capture all of that information and also help drive Kal Tire's processes.

Campbell said process standardisation was a major gain from TOMS.

Picking up an existing vendor was considered, however, it was found none had what Kal Tire was looking for.

"We were aiming for a departure from the past where all we did was capture historical information," Campbell said.

"What we wanted to move towards something more in line with what happens on mine sites and have a proper asset management system with programming and scheduling for programmed maintenance activities.

"We wanted to be talking the same language as the maintenance people on site.

That led Kal Tire to develop its own system based on an enterprise resource management system from enterprise software maker Infor.

"There was a lot of code writing by Kal Tire on top of what was there to make it do what we wanted it to do."

"We decide on the maintenance activity plan for each site," he said.

"We also look after rims so we can set up the non-destructive testing schedules for those.

From there the tyre fitters have to schedule and close out those work orders, making sure all the required plant maintenance tasks being done.

"TOMS doesn't just tell you when an NDT inspection is due, it's looking at the usage of the vehicle and it's predicting when that tyre will become due for inspection," Campbell said.

"It will tell you for the next three, six, 12 months when all those jobs are due to come up.

"We can take that list to our clients and integrate that with their system.

"We don't want to bring a truck in just for tyres. We want to fit in with their other planned maintenance.

"In that way we're trying to minimise the downtime for the client."

TOMS is also bringing rigour to Kal Tire's protocols - again with the aim of reducing downtime.

"It's designed to force our guys to follow our process," Campbell said.

"It our policy that if a truck comes in to have a wheel change - say it had been working in the pit and ran over a rock and damaged the left inner tyre - we inspect all other wheel positions to identify if there are any other jobs that can be done simultaneously.

"That policy has been around for many, many years.

"But it's difficult to guarantee it gets done every time.

"With TOMS you have to inspect each tyre and record the inspection otherwise it doesn't allow you to close off the work order."

"When we're looking at an issue with a tyre we want to make sure we get the diagnosis right," he said.

"When you've stripped the tyre off the rim you might see something that changes your diagnosis."

That inspection protocol linked with TOMS can help improve maintenance planning too.

"We realise it's all about planning," Campbell said.

"We're trying to improve the planning. So where does this planning come from? It comes from inspections.

"We put a lot of effort into capturing the visual inspections.

"We're looking at how many planned word orders are created from inspections.

"If we see a defect that can be corrected at a planned time that's better than having an unplanned failure.

"We're focused on what we can do to identify defects through a planned inspection regime and plan these jobs before failures can happen."

Then there is its ability to help Kal Tire benchmark its sites to improve efficiencies.

Kal Tire Australia manager sales and marketing Caleb Pullella said that could include things such as tyre change times.

"That's having a look at where, say it's taking two hours for one site to change a left inner tyre on a Caterpillar 793 and one hour for the same tyre to be changed at another site," Pullella said.

A speed wheel system is used on the rear of a haul truck. It allows the inner tyre to be taken over the rim of the outer tyre.

Typically to change the inner tyre, the entire outer wheel assembly has to be removed.

There are 72 bolts that have to be taken off on a Caterpillar 793 just to get to that inner wheel.

With the speed wheel set up the outer tyre only is removed. The rim it sets on is shaped so the inner tyre can be pulled off over it.

"There's been one case in Australia where this led to us installing rapid deflation and changing fleet over to the speed wheel system," Pullella said.

Campbell said TOMS could be integrated to share information with clients' systems with only a little bit of additional programming.

That way it can draw truck use metrics from those client systems to improve the information being fed into TOMS.

It can also help manage tyre inventories on site.

"Traditionally that is managed by email alerts."

However, with the integration that data can be exchanged through the systems on a push-pull basis via a secure socket tunnelling protocol server.

Campbell said Kal Tire was about to conduct its first TOMS integration with an Australian client.

He said it had already integrated with some clients in Canada.

There are plans to take TOMS even further into the realm of automatic failure identification.

"It's a bit down the track but the technology is coming fast," Campbell said.

"We have an artificial intelligence project with one of the universities in Canada.

"We're trying to predict when failures are going to happen."

The truck rolled forward approximately 50m, contacted a windrow and rolled back. 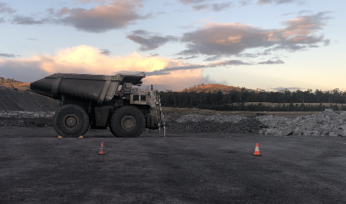 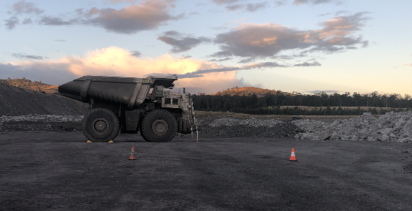