Longwalling at Kenmare expected to restart in October

Mining at Kenmare’s C seam has ceased, while development of the next A seam blocks has been accelerated.

QCT Resources have warned that problems at the troubled Kenmare mine at South Blackwater were likely to have an ongoing impact on production.

Unstable strata incidents have severely impacted longwall mining of the first C seam block at Kenmare since mining began in the first quarter of the 1999-2000 financial year. The longwall was relocated to the C seam from the overlying A seam in mid 1999. QCT said on August 3 that all longwall equipment had been successfully recovered from the C seam.

QCT has decided not to mine the C seam saying a review of the performance creates uncertainty that the seam can be mined using longwall technology currently available to the company at current coal prices.

"Previous mining experience and exploration information indicate that incidents such as those experienced in the C seam should not be experienced in the A seam. Development of the next A seam blocks at Kenmare is proceeding under an accelerated plan. This will minimise the period when the longwall equipment will be idle following its removal from the C seam," QCT said.

QCT was reviewing other methods to exploit the C seam reserves, such as the bord and pillar method currently in use at Laleham.

Coal shipments from South Blackwater in the first half of the current financial year were expected to match shipments in the second half of 1999-2000. The company said shipments from the central Queensland mine should return to the higher levels experienced in 1998-99 once mining of the A seam began. 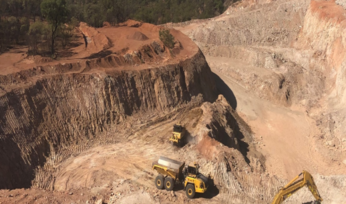 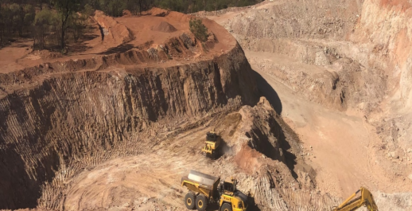