India, an important market for Australia, is poised on the brink of change but how long these changes will take to filter through the highly bureacratised system is anyone's guess.

India, the world's third largest coal producing country, is pondering what to do given the increased challenge from cheaper and better quality imported coal.

In 1999-2000 India produced 290.5 million tonnes of coal and 17.55Mt of lignite but the long-term viability and cost-competitiveness of the industry is in question. The pricing and selling of coal was fully deregulated in January this year.

While the pithead cost of domestic coal is low, the landed cost to consumers is high due to freight charges and levies. This has lead to power plants in coastal areas turning increasingly to low-cost, high-quality imports.

The Indian government has indicated it will allow the private sector into the Indian coal industry to increase production and improve the quality of coal. State-owned Coal India Ltd (CIL) produces 88% of India's coal and is the largest coal producing company in the world.

A report by CIL predicts that demand for coal will far outstrip the domestic supply by 2006-2007, the final year of the 10th Five-Year Plan.

According to a report prepared by the Ranchi-based Central Mine Planning & Design Institute, demand for coal will shoot up, leaving a shortage of a little over 60Mt despite a projected increase in production by CIL.

According to the report, coal demand by the power, cement and steel industries is estimated to go up to 326.81Mt, 18.27Mt and 40.92Mt respectively, with other industries accounting for 79.07Mt of demand.

Availability of coal from CIL subsidiary companies would be 350Mt. Singareni Coal Company Ltd (SCCL) and other private coal companies would make available 55Mt in the final year of 10th Plan.

As part of a national strategy CIL was poised for a major increase in coal production capacity, with a World Bank and Export-Import Bank of Japan bank loan of US$1.06 billion sanctioned in 1997.

The loan was to help CIL undertake a coal sector rehabilitation project, under which 24 existing opencast projects were to be modernised and expanded to produce 112Mt of coal per annum. In August, $507 million of this loan was terminated.

Analysts believe that CIL approached the bank with a request to discontinue disbursement of a further loan because it did not find any logic in injecting borrowed funds to augment coal production when few independent power producers were showing interest in signing coal supply agreements.

Growing awareness of the potential problem facing India's future energy needs has lead to calls among government officials to raise investment to augment coal production. With the public sector coal companies seen as not being in a position to mobilise adequate resources to meet the investment requirements of the coal sector, a bill to allow the private sector to enter coal mining is under examination by the Parliamentary Standing Committee.

Clyde Henderson, director of Sydney-based Energy Economics, said while there may be a recognition of the need for change, India was a very bureaucratic society and government wheels grind very slowly.

India remains an important market for Australia, Henderson said. In calendar 1999 Australia exported 92Mt of metallurgical coal, 8.5Mt of which went to India. Of a total of 79Mt steam coal, 1Mt went to India from Australia.

Henderson said the current development means good news for South African coal producers in particular, which face a freight disadvantage almost everywhere in the world, except in India. Southern India, in particular, is expected to be a big market for imported steam coal.

India has around 16 longwall mining operations.

MACA said that despite the challenges, the KOTH process plant build was on track. 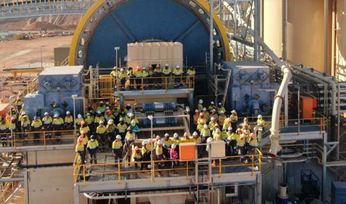