ANGLO-Swiss miner Xstrata has been hit by strike action at its Australian coal operations after the Construction, Forestry, Mining and Energy Union stepped up protests at what it called the company's

Coal mineworkers began walking off the job at Xstrata's operations throughout Australia last week after the last of the workers to be retrenched at the company's Bulga mine in New South Wales finished up the previous week.

CFMEU general president Tony Maher accused Xstrata chief executive Peter Coates of reneging on a promise that there would be no loss of full-time jobs at the company's Australian operations.

"Xstrata has not only retrenched 81 union mine workers at Bulga, it is seeking to replace them with contractors and casuals, some of whom will be non-union and lower paid," Maher claimed.

However, Xstrata said its Bulga Coal opencut mine was adopting recommendations handed down by the Australian Industrial Relations Commission in relation to the redundancy of employees.

It said the commission recommended up to six employees be retained based on seniority and did not intercede in the company's decision to retrench a further six employees out of seniority.

The company's enterprise agreement allows for redundancy based on a combination of seniority and performance, Xstrata said, adding that the revised mine plan adopted at Bulga would ensure the long-term viability of its operations and secure the life of the mine for a further 12 years.

"This [strike] action is disappointing, particularly following Bulga's commitment to adopt the recommendations of the commission and our subsequent meeting with union representatives on Friday," Xstrata Coal Australia chief executive Peter Coates said.

"The rationale behind a stop work is unclear as all of our operations are in full compliance with their enterprise agreements and will continue to honour them," he said.

However, Maher said the union saw Bulga as "the tip of Xstrata's iceberg".

"This national 24-hour stoppage should be a wake-up call for Xstrata to abandon its anti-union strategy and honour the agreements it has made with its workforce," he said.

Mine operators caught in crossfire of industrial action. 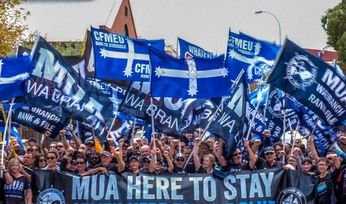 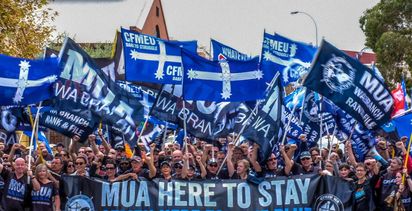