DESCRIBED as practical and interactive, a Longwall Strata Control Workshop, was conducted as part of LONGWALL 2002 in late November in the Hunter Valley.

Workshop leader, Nick Wills, said the aim of the workshop was to dispel some of the mining myths that exist in the longwall world, and change the way people think about what powered roof supports actually do.

Wills’ knowledge is based on almost 30 years of practical experience around longwalls in many countries around the world, including Australia, the USA and the UK.

Since the late 70’s, Nick has been involved in the recovery of countless longwalls with massive roof failures. In more recent years he has embarked upon a course of prevention and education on Longwall Strata Control.

“All roof problems happen for a reason. Poor roof conditions are usually mining induced and are generally avoidable,” Wills said. “History repeats itself, but we still make the same mistakes time and time again.

“The workshop is very practically oriented and calls on many examples of the Good, the Bad, and the very Ugly of longwall mining. Everything in the workshop is backed up by example, and is not based on text book theory,” Wills said.

Workshops runs by Wills are very interactive, and usually relevant to all disciplines. He makes no distinction between managers, mining engineers, shearer operators, mechanical engineers, geotechnical engineers or electricians.

“The message is the same: Everyone associated with the longwall can have an influence on Strata Control.”

The workshop covered the following topics:

- What does a powered roof support actually do?

- How roof supports are designed and tested

- The Rating of a Powered Roof Support… what does it mean?

- Actual Load … what have we really got?

Delegates were taken through a 10 point checklist for Longwall Health, a simple procedure which should be used by everyone associated with the longwall operation, according to Wills.

“The workshop concluded with a Longwall IQ Test, just to make sure everyone was alert, and invariably, the results are good! However, the real lesson from the IQ Test is to make participants realise that although we know what we should do, the reality is often entirely different.” 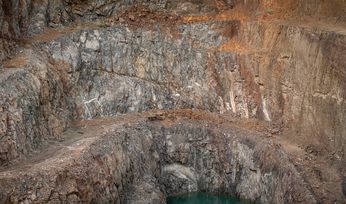