UK COAL announced preliminary results for the year ended December 31, 2003. Profit after tax was £3.9 million compared with the £81.8 million loss in 2002. The pre-tax loss after exceptional items of £1.2 million for 2003, was also substantially down on last years £83.1 million loss.

The reduction in deep mine production, down to 14.8Mt (2002: 15.2Mt) was largely due to the continuing poor performance of the Selby Complex, where output of 3.6Mt was a million tonnes less than the previous year, reflecting ongoing geological and engineering difficulties. The Selby mines will cease production by the summer of 2004. Daw Mill, however, continued to make good progress producing 2.2Mt.

Flexible working arrangements have been introduced at Maltby Colliery, where a new British and European record for driving underground roadways was recently established. Planned face machine available time (MAT) has also increased by 34% as a result.

Surface mine production of 3.1Mt (2002: 4.3Mt) reflected the completion of coaling at long-standing sites and the increasing difficulty in securing new planning consents for replacement capacity.

Geological problems at Ellington, Rossington and Welbeck, together with the poor performance at Selby and increased surface mine costs, resulted in total operating costs for all mining operations in 2003 of £1.16p per gigajoule (2002: £1.18p per gigajoule). Operating costs of circa £1.09p per gigajoule were achieved at the eight ongoing deep mines in the last quarter, bringing their costs closer to the target of £1.05p per gigajoule.

Gloucester Coal, the Group’s mining activity in New South Wales, achieved sales of 1.9Mt in the year, compared with 2.4Mt in 2002, as coal extraction from the Stratford Mine has been completed.

“The sharp rise in world coal prices in September 2003, offset to some degree by the reduced value of the US$, has been maintained. However, with forward contracted sales of 90% of production in 2004 and 50% of planned output in 2005 there will be limited benefit from the current high international prices over the next two years,” said Gordon McPhie, chief executive of UK Coal.

“Progress was made during the year in reducing unit operating costs, with costs of circa £1.09 per gigajoule being achieved at the ongoing collieries in the last quarter. Costs for 2004 will be affected by increases in line with inflation and the effect of geological problems at Rossington and Welbeck, resulting in revised mining plans which are expected to add around 3% to unit costs.

“We have had a slow start to production in 2004, but expect to recover this later in the year. The continued efforts to reduce unit costs with our Project 105 initiatives and the closure of the loss-making Selby complex of mines, augur well for the future. In addition the year ahead should see further progress in adding value to the Company’s property assets,” McPhie said. 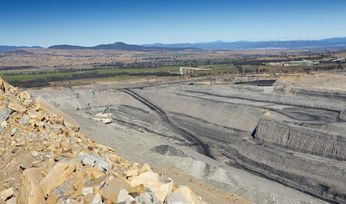 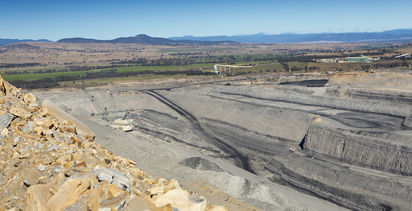