Firmer prices and a better market outlook have some producers dusting off project blueprints. By Sandy Worden

Despite a strong public stance by the JSMs, industry is expecting good news from this year’s price negotiations. Director of Energy Economics, Clyde Henderson, believes the reference price for hard coking coal has already been settled. “The benchmark price looks like it’s going to be 7.5-8% higher than last year and many of the market fundamentals for thermal and semi﷓soft coals indicate the price settlement will be significantly higher than that achieved for hard coking coal,” he said.

Centennial Coal Company managing director Bob Cameron said the spot price for thermal coal had increased by almost 50% over the past 12 months and he expected the current negotiations for long term contracts to reflect that improvement.

“Clearly the NSW industry, both open cut and underground, is more competitive, productivity has increased and costs have come down to the point where we now are a very lean and efficient industry,” he said. “We are facing quite a tight supply and demand situation world-wide, so we are very confident of achieving significant price increases this year and for several years to come.

“The industry is entering a much more profitable and stable era; I think we’re past the horror days.”

Bob Cameron believes the current economic climate will help stimulate investment. “In the past few years, investment definitely fell away because of the tight situation facing operations — there just weren’t the returns to encourage investment — but that’s now changed,” he said. “I don’t think we’ll find the industry flooded with investment. What we’ll find is people making sensible and considered investment decisions and that the supply and demand balance will, hopefully, be maintained at a sensible level to ensure long-term, decent returns for all participants.”

In keeping with this approach, Centennial’s most recent investment was the purchase of a 50% economic interest in Springvale mine, a major longwall operation near Lithgow. Springvale supplies coal to Mt Piper power station under a long-term contract.

“Although this constitutes a significant expansion for Centennial, it is important to note that an existing secure market already exists for coal from this mine,” Cameron said.

In order to meet increased demand for its export coal, Centennial reopened its small, contractor-operated opencut, adjacent to its Charbon underground mine. The company has further plans for expansion in the Western Coalfields, however its greenfields site at Airly remains on hold pending further improvements in market conditions. Apart from Centennial’s projects, expansion activity in the west remains static.

In the Hunter Valley, Glencore is focusing on projects to replace production at Teralba and South Bulga. The 2 million tonnes per annum United bord and pillar operation is converting to longwall extraction and a 6Mtpa punch longwall mining operation is planned at South Bulga. Other underground projects being considered in the Hunter Valley include a longwall into Glennies Creek (Maitland Main Colliers and Namoi), new development on Dartbrook’s lease (Anglo Coal Australia) and the Nardell project (Nardell Coal). With significant growth potential, the Hunter Valley is forecast to remain NSW’s premier coalfield.

There are two major underground projects planned for the Newcastle area: Mandalong (Powercoal) which will replace coal output from Cooranbong, and Wyong (Coal Operations Australia). Wyong, a proposed 10Mtpa, dual longwall operation is facing some community resistance due to its location, proximity to Tuggerah Lake and environmental considerations.

Further south, BHP is considering a new underground development. If approved, the Dendrobium project, near Mount Kembla, will be the first new coal mine in the Illawarra for more than two decades. A major investment feasibility study was launched in May 2000.

“Elouera is expected to run out of reserves in 2004. If we don’t obtain the coal locally, it will have to come from Queensland. Jobs will be lost and the region’s economy will lose millions of dollars a year,” he said. “By using existing building and transport infrastructure in the Kemira Valley area, the Dendrobium project will minimise potential impacts.”

Dendrobium is expected to operate on a three-shifts-per-day, five-days-a-week basis, with maintenance activities carried out on weekends. It will use the existing Nebo colliery pit top for all facilities except coal haulage. The existing office, bathroom, workshop and carpark will be upgraded for a workforce of up to 200. Coal will be transported via a covered conveyor from a portal in the Kemira Valley to existing rail loading facilities.

A nominal 150,000t raw coal stockpile will be established to manage production surges. The coal will then be transported to the Port Kembla Steelworks via the existing rail line.

“We plan to lodge an environmental impact statement with the NSW Department of Urban Affairs and Planning in March,” Isaacs said. “If all goes well, it may be possible to get approvals in place by the end of the year. In that case, we will commence construction next year and go into longwall production in 2005.”

The audit program includes an assessment of compliance against the subsidence management plan. 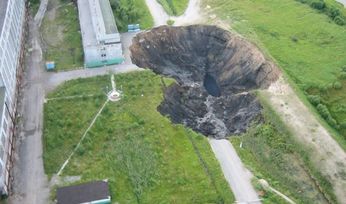 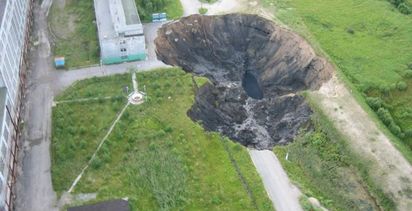