The 2000 earnings included a pre-tax gain of $US7.4 million from coal property transactions and did not reflect any interest cost associated with the debt assumed by Massey at the time of the spin-off from Fluor Corporation.

EBITDA for the quarter was a positive $US46.4 million compared with $US71.7 million for the same period in fiscal 2000.

The first quarter results were negatively impacted by operating difficulties at several new and expanding operations as well as increases in operating costs related to the Martin County Coal slurry spill. By the end of the first quarter, the clean up of the slurry spill was more than 90% complete.

Despite a significant increase in the spot market price of Central Appalachian coal most Massey tonnage in the first and second quarters was under previous contract, which meant Massey will not capitalize on the increases until the second half of the fiscal year.

Operating difficulties related to the start up of two longwalls and the expansion of Massey's two large surface mines also negatively affected the first quarter results. The longwalls are expected to reach full productivity early in the third quarter, as the normal start-up issues are resolved.

The longwall that was relocated from Independence Coal Company's Upper Cedar Grove mine, after experiencing severe geological problems in the fourth quarter of fiscal 2000, began operating at Marfork Coal Company's Ellis Eagle mine on January 2, 2001. This longwall operated at a loss during November and December as it suffered through difficult mining conditions while mining at an interim location as the Ellis Eagle mine was being prepared.

Massey's fourth longwall began operating at Nicholas Energy's Jerry Fork mine on January 22, 2001. This longwall is expected to significantly increase shipments from the Nicholas Energy group during the remainder of fiscal 2001.

In December, 2000, Massey brought its Delbarton preparation plant on line. This plant is capable of processing 2 million clean tons per year for shipment on the Norfolk Southern railroad.

A fifth highwall miner began production in January 2001 at the Whitman surface mine in Logan, West Virginia, and is expected to produce at a 600,000 tons-per-year pace.

"The second quarter will continue to be difficult as the Martin County preparation plant remains closed, two new longwall operations get up to speed and the large surface mines work out of the high ratio areas," said Don Blankenship, Massey Energy's chairman and chief executive officer. "The second half of the year should show improvement as we start to benefit from the improved pricing and increased production from new and expanding operations. This improvement trend should continue into and throughout 2002 as well."

Massey expects a further loss during the second quarter and has lowered projections for fiscal 2001. Sales volume for the year is projected to be 48 million tons, a 20% increase over fiscal 2000 sales volume. For fiscal year 2002, the company projects earnings at $1.30 - $1.70 per share with EBITDA of $370 to $420 million.

At January 31, 2001, Massey’s total debt to book capitalization ratio was 39.5%. During the quarter, Massey elected to lease $37 million of longwall and surface mining equipment. Operating leases are expected to total $72 million for the full year. Fiscal 2002 capital spending is projected at $150 million.

With fiscal year 2000 revenues of $1.1 billion, Massey Energy Company is the fifth largest coal producer in the United States. Massey is headquartered in Richmond, Virginia. Massey was floated from its parent Fluor Corporation late last year.Difficult operating conditions at new longwall operations – Ellis Eagle and Jerry Fork - and ongoing problems related to the Martin County Coal slurry spill have negatively impacted on the first quarter results of the fifth largest coal producer in the US. 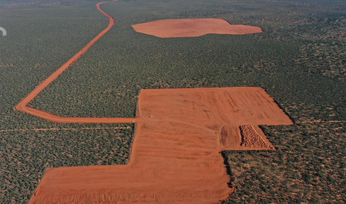 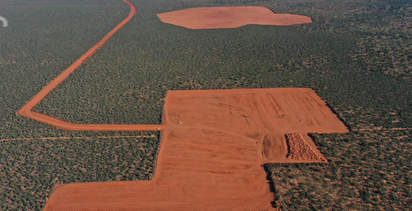