DEVELOPMENT of the Rolleston thermal coal project in Queensland may be delayed by three months after new owner Xstrata said it would be conducting its own review of the project.

However Xstrata's CEO Peter Coates said the extension of the timetable shouldn't be construed as indicating any negative sentiment towards the former MIM Holdings project.

"It would be imprudent if we did not conduct our own internal review," Coates said.

Earlier this week Xstrata announced cuts to its thermal coal production from its New South Wales operations due to market supply concerns and the rising value of the Australian dollar.

Under MIM's timetable the $250 million Rolleston development was to have come into production in the second half of 2004.

MIM was targeting 8 million tonnes per annum of thermal coal from Rolleston for 20 years, with the initial stage to produce 6Mtpa at a cost of $175 million including $40 million for a mobile mining fleet.

In March MIM's then CEO Vince Gauci said the project rate of return from the Rolleston project comfortably exceeded the company's investment hurdle rate of 12.5% real after tax, even in the scenario of extremely low Australian dollar price or thermal coal.

The development was conceived as the first stage of the Gladstone thermal coal project, incorporating production of up to 20Mtpa in the next decade from Rolleston and the Wandoan mine - the latter which was in pre-feasibility.

MIM got a mining lease approved for the project earlier this month, just prior to its takeover by Xstrata. Published on Mining News on June 20.

Aimed at migrating Orica's applications and services to the cloud. 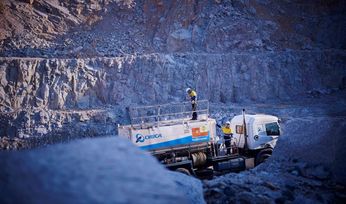 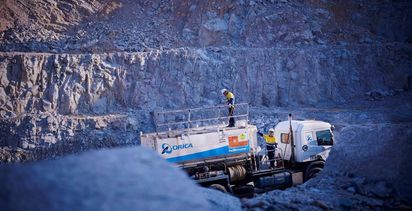