NEW South Wales miners on Monday rallied outside the NSW Court of Appeal and voted in favour of a strike if Xstrata and Centennial Coal proved successful in their appeal to overturn a NSW Industrial Relations Commission (IRC) ruling.

Xstrata’s case was in relation to the Gretley disaster where four mine workers drowned when their continuous miner broke into the flooded workings of the abandoned Young Wallsend colliery in 1996. The mine was owned by Oakbridge at the time, which Xstrata bought in 1999.

The Centennial case relates to the death of a worker at the Awaba mine in July 1998. Centennial acquired Awaba when it bought the Powercoal group in 2002.

About 100 miners traveled to Sydney to protest the appeal. They placed four coffins outside the court and observed a minute silence, AAP reported.

Construction, Forestry, Mining and Energy Union national president Tony Maher said miners could not be expected to go to work if their employers had no reason to ensure their safety.

The strike follows a vote in December to take industrial action to improve employment conditions. 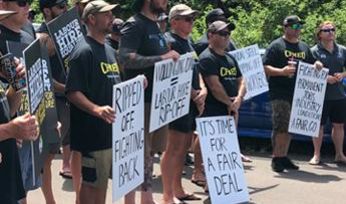 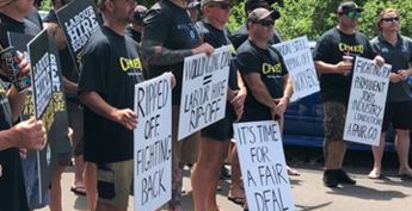