Capital raising to fund mine purchases

MAJOR listed Chinese mining company Yanzhou has announced plans for its first acquisitions in almost four years, to be financed by the US$215 million it has just raised in a share placement.

The company placed about 5% of its shares at HK$8.30 each through agent BNP Paribas Peregrine.

The proceeds of the placement will fund investments in two new coal mine projects in Shandong and Shaanxi provinces, and a methanol project in Shaanxi.

The new coal mines are expected to start production in the fourth quarter of 2005 and be fully operational in 2008. The mines will add an additional 11.6 million tons of coal per annum to the company's total output. The Shaanxi mine has recoverable reserves of 1.24 billion tonnes, while the Shandong mine has 288 million tonnes. Yanzhou has 1.8 billion tonnes of reserves.

The methanol project will start production in the first quarter of 2007 and will have an annual output of 300,000 tons by 2008.

Yanzhou sold an additional 50 million shares in addition to the 153 million shares it initially offered to meet strong demand from global investors. The issue was two to three times subscribed in Asia, sources said. Most shares went to fund managers at securities houses and the shares were fully subscribed yesterday.

The shares were sold at a 10.3% discount to Yanzhou's closing price of HK$9.25 on the Hong Kong stock exchange on Tuesday.

Yanzhou's share price has risen over 31% in the past month, buoyed by sharply higher prices of its export contract with Japanese customers and China's strong power demand.

Byrnecut agreeing to convert the $13.4M it's owed to equity. 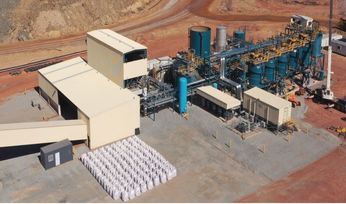 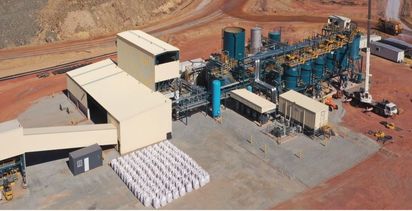