WHITE County Coal has filed a lawsuit against a construction company after the Pattiki mine near Epworth, Illinois, was idled for more than two months last year.

The mine is operated by Alliance Resource Partners' wholly-owned subsidiary White County Coal and was temporarily idled in June when the underground vertical conveyor belt system failed.

The suit claims damages in excess of $US3.7 million for repairs made to the system and additional costs, Carmi Times reported.

White contracted Lake Shore Mining Company to design, supply and oversee the installation of the vertical best system (VBS) in 2000 for an initial contract price of $US3.6 million. Lake Shore assigned its obligations under the contract to Indiana-based company Frontier-Kemper in 2001.

The VBS was warranted for six years or the conveyance of 17.5 million tonnes, whichever came first. The suit alleges that following a limited start-up of the system in October 2002, for the next two years the mine and Frontier-Kemper engaged in significant repair, redesign and testing to bring the VBS close to its required performance level.

The system had problems with excessive coal spillage, faulty pocket design and other functions. An electrical fault caused a major catastrophic failure to the system last year when the belt reversed direction and the weight of the falling coal collapsed the entire VBS into the mine.

White County Coal argues the system was being operated as intended and should have handled the procedure without failing had it been properly designed and built.

It said it repeatedly demanded the system be repaired but said "Frontier refused to purchase the vast majority of materials that were needed for the repair because the third party suppliers...required payment as a condition to supplying them," Carmi Times reported.

Repair work has cost more than $US3.7 million, according to the suit. 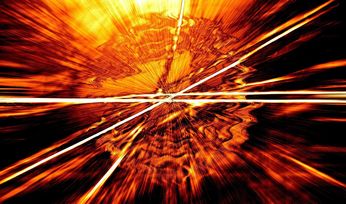