AUSTRALIA’S export credit agency, the Export Finance and Insurance Corporation, is looking to maintain lending operations during the global financial crisis as it makes economic warnings about the year ahead.

EFIC chief economist Roger Donnelly echoed various commentators around the world as he said the world economy was now in a synchronised downturn that could be one of the most severe in the post-war period.

“Now, a significant risk is that world trade growth could fall below GDP growth.

“Certainly, it will be the role of credit agencies around the world, like EFIC, to continue the assistance they provide to help meet the gap that exists in the financial market and ensure exporters are appropriately financed.”

Of the various central bank action and government bailout packages around the world over the last few months, Donnelly said some of the intervention was justified, but would only work if the actions revived the willingness of the private sector to lend.

“The world needs macroeconomic stimulus at the moment because of the crisis of confidence in the private sector,” Donnelly said.

In what could appear to be a veiled attack on China, Donnelly said global trade imbalances had proven unsustainable and were now being unwound.

“The unwinding and rebalancing will proceed more smoothly if governments in all economies, but especially surplus ones, support domestic demand, and surplus economies allow their currencies to appreciate,” he said.

On a more positive note, the economist noted resource nationalism is in decline and governments will be content to retain investment in the current economic climate.

“In the resource boom, countries had tried to gain a greater share of resource revenues by renegotiating tax and royalty rates and equity shares,” Donnelly said.

“But now, with commodity prices and associated windfall revenues both down, that risk is ebbing.”

The Export Finance and Insurance Corporation is a statutory authority that is wholly owned by the Australian government and operates under the EFIC Act. 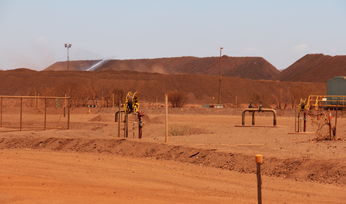