QUEENSLAND explorer MetroCoal has delayed its 30-hole program in the Surat Basin until early April due to the recent rough weather. 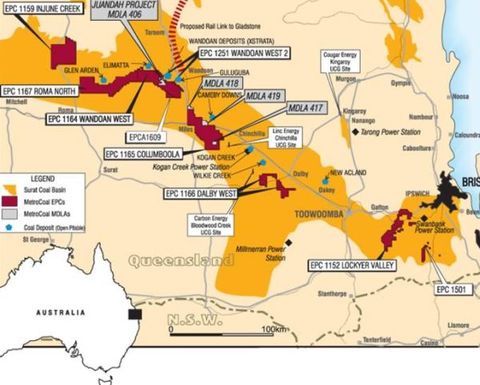 “It is disappointing that we have had to delay the start of the 30-hole program but with so much rain in the area it has been impossible to mobilise the drill rigs,” MetroCoal chief executive Mike O’Brien said.

“We are fortunate that our drill contractor, Depco, have supported us with the timing and planning and we look forward to confirming a start date in early April.”

MetroCoal announced an initial inferred resource of 58 million tonnes at the Bundi project in late January, based on data from Queensland Mines and Energy, data swaps with other companies and MetroCoal’s own drilling program.

MetroCoal shares are up 1c to 19.5c this morning.