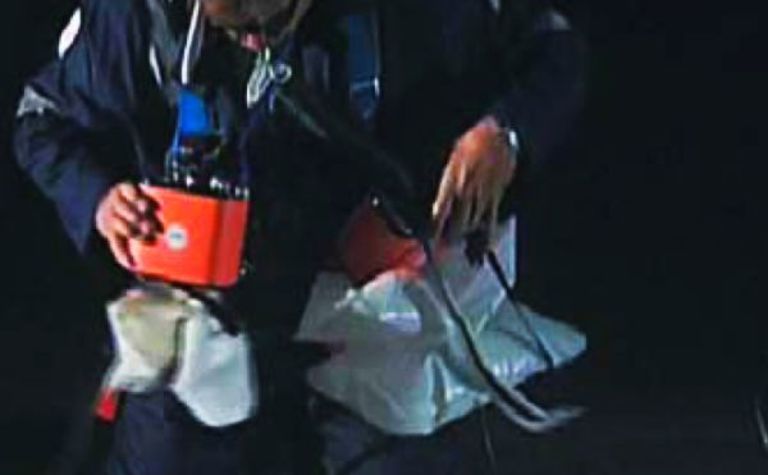 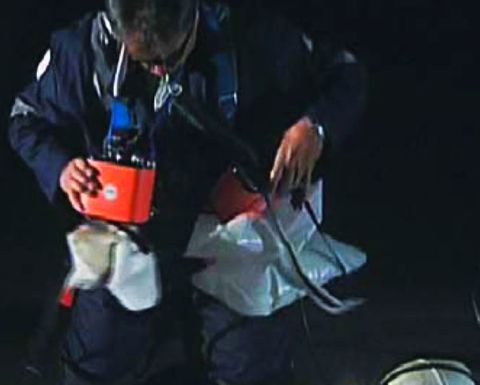 "Miner ready for changeover", image courtesy of Queensland's Department of Mines and Energy 2009.

SCSR changeover during an emergency is a monkey on the back of the underground coal industry. Reports from Queensland’s annual Level 1 Mine Emergency Exercises, as well as mine operator training at mines, have shown many mine personnel are not comfortable changing SCSRs in the difficult conditions experienced underground during a mine emergency.

Some miners find the SCSRs uncomfortable to wear and the smoke-filled, low-visibility environment of a simulated emergency can be off-putting during changeover training.

With this in mind, Queensland’s Safety in Mines Testing and Research Station was able to secure Australian Coal Association Research Program funding to investigate how SCSR changeover during an emergency could be made easier and safer for underground coal mine workers.

“Simtars hoped to identify an easily relocatable SCSR changeover solution that would provide a perfect changeover location and a respirable atmosphere for the changeover, regardless of the mine atmosphere,” Simtars’ Darren Brady told Australian Longwall.

To begin the research, Simtars sent questionnaires to minesites to determine how SCSRs were used during training exercises, what workers believed was needed for safe changeover and which problems were encountered during the changeover process.

Scientific literature was also reviewed and the research team met with personnel from the US National Institute for Occupational Safety and Health to discuss their testing and development of training programs for mine workers in the use and changeover of SCSR.

Meetings were also held with the National Personal Protective Technology Laboratory directly involved in the development of SCSR products.

To be effective, Simtars found that a sufficient supply of respirable atmosphere was needed for the time taken to change over all units in a cache, and that any solution must be able to withstand and remain operational following any event that would result in the donning of an SCSR.

The solution needed to be easy to use, usable at the cache, able to be moved with the cache, low maintenance and easy to identify whether it was still serviceable. To ensure the solution did not fail when other mine services were lost during an emergency, it also needed to be independent.

In addition, the solution needed to be easy and quick to set up, especially in low visibility.

Simtars also found that underground workers must be able to rehydrate in the event of escape from the mine on foot. If this couldn’t be done during the changeover process, drinking water while wearing SCSRs would be impossible.

“The next generation of SCSRs, dockable SCSR and hybrid SCSR, is one of these emerging solutions,” Brady said. “The design makes it possible to change the units without breaking the seal. By toggling the selecting switch, the system can be switched to the fresh unit seamlessly.”

The dockable SCSR eliminates the need to exchange mouthpieces when changing an expired SCSR. The concept is to be able to “dock” a fresh canister and then divert to it rather than the expired canister. This means that, after initial donning, the wearer does not have to be exposed to any toxic environment during escape from the mine.

“The design eliminates exposure to the external environment, removing the riskiest process of the changeover. The prototype is still under final stages of testing and certification and, as yet, is unavailable for purchase,” Brady said.

The hybrid SCSR is another conceptual change to existing units. It uses a combination of a filter self-rescuer and an SCSR. The wearer uses FSR mode only while the oxygen level in ambient air is still breathable. The unit can be switched to SCSR mode when the atmospheric oxygen level is low.

The advantage of the hybrid SCSR is to extend the service life significantly and save the oxygen supply only for situations of oxygen deficiency.

“Issues associated with this technique are ensuring that the switching mechanism is reliable, determining when the switch should be made and restarting the oxygen-generating process,” Brady said. “There have been issues previously with units not operating properly on re-use after being inactive.”

He said a variation on this idea was a design proposed by CSE utilising both filter and oxygen-generating units at the same time regardless of ambient oxygen level.

“The CSE idea was to filter carbon monoxide by the FSR unit and to boost the oxygen content by the SCSR unit. This reduces the amount of exhaled air going to the SCSR unit and therefore increasing its operating duration significantly. This also avoids using complicated sensor/switching systems. A set split ratio of intake air from both units is utilised,” he said.

“A possible issue with this design is that, as a proportion of the air breathed comes from the FSR, contaminants other than carbon monoxide that are not removed by the FSR may still be inhaled by the wearer.”

Underground personnel could use the chamber as a “walk-through” fresh air base which guaranteed a safe changeover. Refuge chambers that are currently available fit the bill in that they are independent of general mine services.

Refuge chambers also allow for voice communications with the surface. A crew could discuss the situation and their escape plan while rehydrating in the refuge station.

Simtars found the disadvantages of using refuge chambers at each cache throughout the mine were cost and ease of relocation with the cache.

“There may be issues with installation and positioning of new units keeping up with fast-pace development or mine working panels,” Brady said.

There are two main types of refuge chamber available: rigid and inflatable.

Rigid refuge chambers are premade, with a rigid shell, and are designed to resist over-pressurisation caused by explosions. Inflatable refuge stations are stored in a rigid skid, which is easier to relocate than a rigid chamber due to its size. When required, the chamber is activated and inflates, but it must be deployed and is not available for immediate use.

Changeover chambers are similar to refuge chambers except they are not designed to be occupied for extended periods of time, but rather used as a walk-through station, providing a guaranteed safe atmosphere. The unit has an airlock entry and exit which allows workers to walk in and out without ingress of contaminated air.

“Some underground coal mines attempt to facilitate a safe changeover zone by flushing breathable air around the facial area via freestanding tube during changeover, although modelling has shown that this may not be effective,” Brady said.

It could take too long to purge the contaminants and the “clean” zone was too small and easily disturbed by any ventilation disturbance. A high flow rate was also required to maintain the “safe” area.

While these solutions already exist in mines or are being worked on, Simtars decided to work on its own solution as well – a personal changeover station.

“The concept was inspired by techniques for supply of oxygen during emergency escape in industries outside underground coal mining,” Brady said. “These other industries use a small cylinder of compressed air connected to what is essentially a plastic bag that the user places over their head and activates the oxygen supply.”

Early on the researchers discovered existing systems did not provide sufficient room within the bag for a wearer to change over SCSR units and that the bag design was unsuitable.

Simtars then developed a prototype of a personal changeover enclosure to eliminate these problems. It was tested using nitrogen as a purging gas, with oxygen concentration in the enclosure indicating contaminant ingress.

Initially, the bag design was a hood for the head with an air line built in. To provide better accessibility, the bottom of the hood was not fitted and remained open to the environment. The supplied air was to keep a positive pressure in the hood and prevent the ingress of toxic pollutants during the changeover process. This design minimised the volume to be purged yet provided room for head, hands and mouthpieces of both SCSR units (new and used) during changeover.

Further work on the design led to an enclosure that had two interconnected and reasonably airtight sections, a hood and body shield separated by elastic banding. Separation of the hood and body sections reduced the volume of air required for purging and the body section acted as a buffer zone against the ingress of pollutants.

The hood was supported by a flexible air line through which the air was injected. Air was also flushed to the body shield to provide positive pressure. The body shield was fitted with elastic waistbands to prevent ingress of outside pollutants.

The changeover occurred inside the purged enclosure with external pollutants excluded, ensuring a safe changeover.

After first carrying out tests on a mannequin with nitrogen in both still and forced ventilation conditions, Simtars then moved to field surveys at the Mines Rescue stations in both Queensland and New South Wales to get practical feedback. The purging effectiveness of the prototype was tested and proven in the smoke room at the Dysart Rescue Station.

Brady said the benefits of the system were that only a small amount of breathable air was required; it excluded the harmful pollutants in mine atmosphere; it was small and light; could be easily stored and transported with the existing SCSR caches; and was cost-effective. It would also allow rehydration during the changeover process, could be set up with dedicated cylinders so there was no need to rely on mine services, and was low maintenance.

The drawbacks were the limited space for the changeover; the added step in the changeover process of donning the device, which would need to be learnt and practised; and that it was difficult for people outside to see a person inside the enclosure and so observe any problems. Limited space in the enclosure meant it would be difficult for an observer to offer any assistance.

The research team believes the best solution may be a combination of the devices on offer.

At time of print, Simtars’ research was under review by ACARP. Once the final report has been signed off by ACARP, Simtars would like to see a manufacturer, possibly an SCSR supplier, further develop and refine the personal changeover station and make it commercially available to industry. 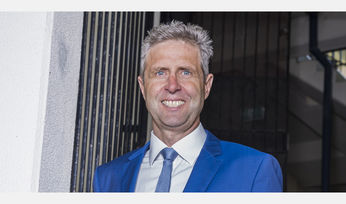 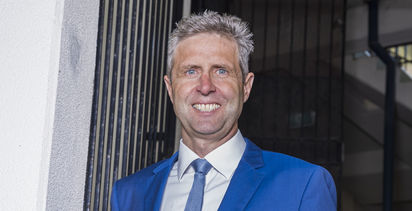