Canada's first highwall on the move

Private producer First Coal is making progress in leaps and bounds as the Vancouver-based company works towards opening Canada’s first highwall operation in 2013. 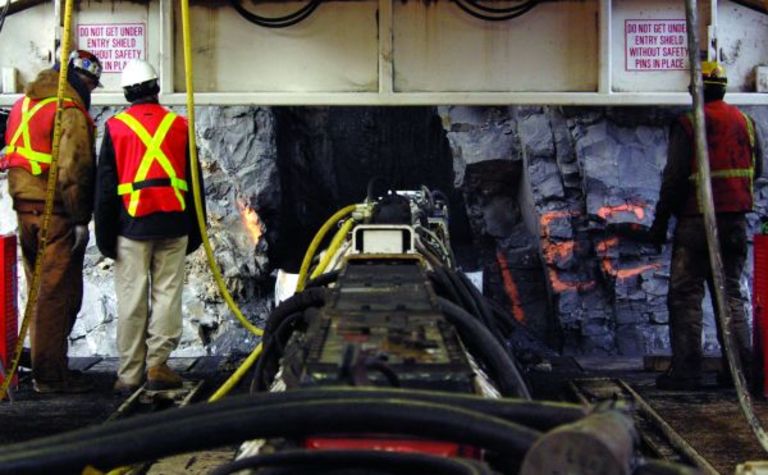 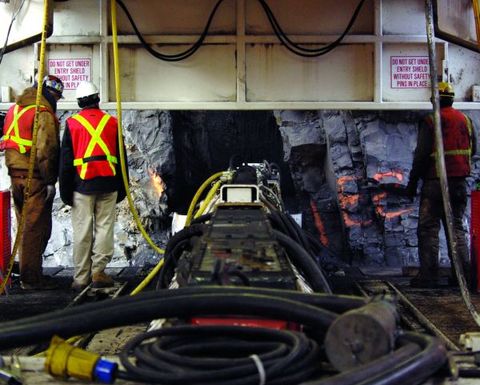 First Coal officials told Coal USA in February that initial plans were to proceed with a small mine permit application for its Central South property, but the company has instead submitted its environmental assessment documentation for review by the British Columbia Ministry of the Environment as a step to enable the start-up of full production in 2013.

Mining at the property will utilize the pillar method, with a combination of conventional (trenches) and remotely operated underground mining incorporating a modified ADDCAR highwall mining system.

The proposed production rate will initially be 1.5 million tonnes per annum, expanding to 3Mtpa from two properties.

“The board has concluded that the best approach going forward is to forego the small mine phase and immediately begin the environmental assessment process to get into full production,” president Doug Smith said.

“This is expected to shorten the overall permitting process from that for the initial plan allowing the mine to open at a higher annual rate of production at an earlier date than previously contemplated, making it more profitable in the early years.”

Under the new plan, the producer expects the environmental assessment certificate and subsequent permits to be received by early 2012, when infrastructure construction will begin, so that production can start at an annualized rate of 1.5Mtpa in 2013. The certification process is expected to take approximately 20 months.

Following the initial announcement earlier this year, a bulk sample program and testing of its chosen miner, an ADDCAR highwall mining unit was set in motion. Smith said in April that the company’s intent was to obtain large coal samples for quality testing purposes, while putting the miner through its inaugural paces at the same time directly in Central South’s D, E and F coal seams.

The testing realized 9000t, which was then stored in compliance with the company’s exploration permit. There were some delays early in the process related to the miner unit’s operation, which related to the transfer of coal from the opening to the conveyor system.

“The required changes to correct this problem were apparent and the corrective modifications identified,” Smith said, noting that the modifications were not unusual for new underground mining equipment or the application during initial use.

Rather than attempt to make the changes in the field, a decision was made to demobilize the site and send the two cutting units back to ICG ADDCAR in Kentucky for the required modifications, a move completed in early March. Smith said the one miner unit’s modifications are scheduled to be completed, fully tested in Kentucky and the machine returned to the minesite by early June.

Once delivered, First Coal will recommence testing for another 2-4 weeks in the existing trench.

“At this time it is expected that the exposed D seam would be excavated underground for at least a total cutting distance of 300 meters ... a total of 550 tonnes of coal is expected to be removed. This requires no further excavation in the trench as D seam is now exposed on both highwalls and the coal extraction would all be underground with no effect on surface.”

Crews expect the work to be completed by mid-July. The company has not yet made any other equipment decisions for the property.

Smith noted that First Coal and ADDCAR were discussing several other changes to the miners to increase operating efficiency and productivity. Those modifications are expected to take about 6-9 months to complete, and the system will be retested in the first quarter of 2011.

The trenches at Central South are nominally 50m deep and developed in 7m-high working benches. Smith said the mined entries would be about 4m in height by the seam width in that area (1-3m), and about 3m high for the unmined pillar. Entries will be an estimated maximum of 300m in length.

First Coal chose to extract from Central South using the highwall method – the first operation in Canada to do so – primarily due to the nature of the region’s geology.

“This geological structure does not lend itself to mining by conventional open pit methods; therefore, mining at this property will utilize the pillar method, with a combined hybrid approach of open pit mining (trenches) and the remotely operated ADDCAR highwall system,” Smith noted.

The ADDCAR operation is completely trench-controlled and no one is allowed underground.

Specifically, the region is characterized by folded, steeply dipping seams with minimal faulting. At Central South, the mineable resources vary from 55 degrees to near vertical in seams that vary from 1-3m in thickness.

“In the project area there are 27 potentially economic seams, which are defined as being greater than 1 meter in thickness with a strike continuity of at least 300 meters,” he outlined, adding that some seams are persistent throughout with strike lengths of 4 kilometers while others are only potentially mineable in local areas.

The method allows for variations in geology so that length of cut and which seam is mined by the ADDCAR equipment can be selective.

“The [highwall] method allows for the strip ratio to be substantially decreased, providing a more cost-effective plan, and will also allow a significantly smaller environmental footprint than traditional open pit mining. The mining method also provides for ongoing reclamation of depleted trenches as the mine evolves.”

Between now and late 2011, First Coal’s order of business at Central South is to progress with the ongoing environmental assessment and environmental monitoring processes while completing a 173-drillhole exploration program.

Once in production, Central South’s output will be transported via rail to Prince Rupert’s Ridley Island coal terminal. Tonnage will help supply a dramatic increase in demand from China’s steelmakers for northeastern British Columbia coal.

Central South has a lifespan of 10-15 years. The final number will hinge on the mine’s selected annual rate of production.

Established in 2004, First Coal is developing Central South as well as its South Cirque property. Both are under tenure license from Canada’s provincial government and are within lands under Treaty 8, an agreement between the government and certain First Nations in western Canada. Smith said that as progress continues at Central South, the company will also progress work on South Cirque, where permitting will commence along with an exploration program and environmental background monitoring in preparation for an environmental assessment application.