DESPITE the pending purchase of Massey Energy by Alpha Natural Resources, Coal India is reportedly still maintaining its long standing interest in buying a stake in some of the Virginia operator’s underground mines. 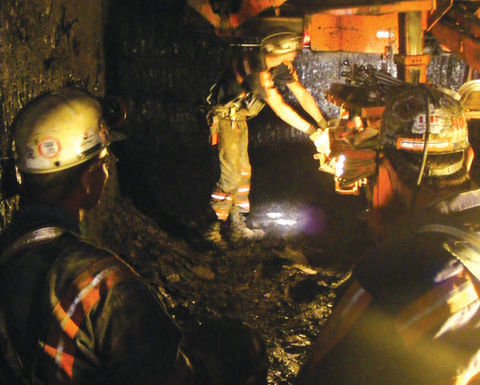 Coal India chairman Nirmal Chandra Jha told the Wall Street Journal late last week it had previously been in talks with Massey, but those discussions stopped after a January announcement that the company would be bought out by Alpha.

He said some environmental issues also caused talks to stall, but the two were now coming back to the table.

"A delegation from Massey Energy visited us about 10 days back to revive the talks," Jha told the newspaper.

“We are keen on the proposal to buy a stake, but it will not be a majority stake. We have asked them to get a letter on the same from the new management of the company."

In total Massey operates 35 underground mines and 12 surface mines in that state as well as West Virginia and Virginia.

According to Massey statistics, the Sidney group had proven and probable coal reserves of just over 73 million tons and 54Mt, respectively, at the end of 2007.

The WSJ reported Coal India was seeking to acquire stakes in various overseas mines with the intent of shipping the output back to India to meet a rising demand.

The company has earmarked $US1.2 billion for the current fiscal year for its plans. It is also making efforts to import coal under long-term arrangements with international companies.

Aside from Massey, Coal India is reportedly in discussions with other operators, including Peabody Energy and Indonesia's PT Golden Energy Mines, regarding stake purchases in other mines.

Mozambique, where it has two blocks of reserves, is currently the company’s only overseas holding.

Massey and Alpha Natural have planned respective shareholder meetings on June 1. If approval is obtained, the deal will be effective the same day.

"We had done financial due diligence for the mine previously. Before taking any decision we would like to do physical verification of the mine," Jha told the WSJ of its US plans.