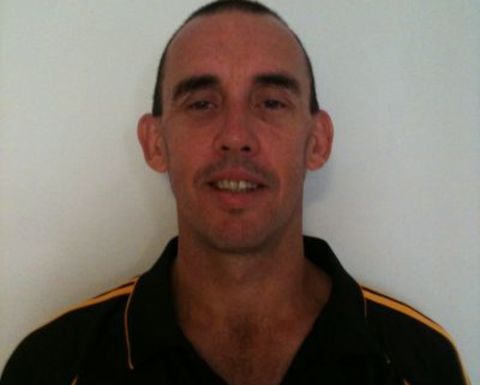 He works with all the underground mines in the Bowen Basin, assisting the NSW based reps, but also with mines in Siberia, Russia, the Czech Republic and the UK.

Mines/coal companies he has worked at include Carborough Downs for Vale Australia, Oaky North for Xstrata Coal (formally Mount Isa Mines, MIM), Gordonstone for ARCO and Shaft & Tunnel, whilst contracting, worked at most of the mines in the Bowen Basin.

He is a qualified trainer/assessor with numerous coal competencies and has been in the industry for 25 years.

Q. What is your earliest mining memory?

I started out in hard rock mining underground for a company called Commercials Minerals, they produced magnetite (very high magnetic properties hence the name, used in wash plants to separate the impurities from the coal). My first job was loading (by hand) 25 kilogram bags of magnetite from a storage bin/hopper and loading onto pallets, ready for transport. Back breaking work, repetitive, highly manual handling task. Then went onto a drill/blast crew and heavy vehicle operator. This mine closed early 90s.

Q. What made you choose mining as a career?

When I moved from Bundaberg to Emerald, through playing Rugby League in Central Queensland, it was just a natural progression. The management of the mines was involved in the clubs, whether it was through sponsorship or involved in the day to day running the club. Gaining employment for the players was paramount to keeping them in the town.

Q. What was your favourite job in a coal mine?

As a permanent worker, my favourite by far was as a longwall operator, especially operating the shearer. I love the challenge of maintaining horizon control and improving shear cycle times. Gate end speed is also a key. The camaraderie amongst your crew and the mateship that develops over time is a great benefit to creating a positive work atmosphere, which I found no greater than when working as an operator.

Q. Who, or what, has most influenced your mining career?

Without a doubt, my fellow underground workers. In this industry, safety is of the utmost importance, and relying on your friends for your own safety, and being responsible for theirs, means that you must trust them and be trusted implicitly. That trust is only earned through respect and hard work, and in turn, working hard myself to gain it. Those people I worked side by side with on the coal face by far have had the greatest influence. It reminds me to be ever vigilant and makes me strive to reach my goals.

Q. What do you consider your best mining achievement?

Working with Eickhoff at Oaky North in developing and improving shearer automation. Being respected for my views, but also having the knowledge and experience to help advance the technology already being used to increase output, but above all, increasing the safety of each and every worker who uses that equipment.

Q. What do you see as being the greatest mining development during your career?

The development and improvements in all longwall interfaces. Making each wall more operator-friendly, while increasing output. Includes developments like making shields remotely operated, not manually controlled, developments in the build of the shields. And of course, the continuing improvements in longwall recovery mats.

Q. Do you have any unfulfilled ambitions?

Specific to mining, my new role with NBW Mining is opening up so many opportunities for me, situations that I never envisaged I would be involved in – conducting training and installation in an underground mine in Siberia, Russia, -10C, with only the aide of an interpreter who had no mining experience! To be able to continue to bring these developments to more mines around the world, and increase the safety of those workers, would be a great thing to look back on and say I had achieved.

Q. What was your scariest time in a coal mine?

Oaky North Longwall, in a new area of the mine. Not under the shadow of any other longwall block that had been mined out. We had a conglomerate of sandstone roof,which meant we knew that the goaf would not cave. We worked under a windblast procedure. When the goaf did let go after a 70m retreat, there was a great wind rush which formed and created what felt like an explosion. Ears popped, the sound was deafening, anything which was not secured was picked up and blown away. Whilst the workers were prepared for this eventuality, and all the precautions were in place, (chin straps on helmets, lanyards on shields, lanyard switches on the drives with a sign designed to drop the power if the wind picked up), the event in itself was still a scary situation to find myself in.

Q. What is your worst memory of coal mining?

Oaky North, during 1998, on afternoon shift in a development panel, I was working the off side bolter whilst a fellow worker Alex was driving the continuous miner. We were standing next to the continuous miner waiting for the shuttle car to return from the boot end of the conveyor. When we saw the lights approach, I moved back to the off side whilst Alex remained and we prepared to cut another car load. As I reached my side ofthe continuous miner, I heard a large crack noise. I could tell that the crack was very close. This crack was followed by several loud groans, and a “get me out of here”. I returned to the other side of the continuous miner to discover that a large block of coal and rock had let go of the rib (a big “greasyback”), and Alex was now pinned underneath. The force of the impact pushed Alex backwards underneath the continuous miner, with his legs bent backwards underneath him, his torso twisted underneath the miner. Needless to say, this was a bad situation. Rescue and Recovery took several hours, as the rock was too heavy for any of the equipment we had on hand to utilise. Eventually an Eimco with a jib was used to remove the bulk of the weight.

Q. Do you think that the day of the fully automated remotely operated face is near?

No. Coal mining is not an exact science. Situations and environments change so rapidly and the human ability to cope and adapt to the changing conditions will always be required. Whilst a more remotely automated face may be achievable, I don’t think you will ever be able to replace the human element that is required for a successful extraction.