The Pennsylvanian producer said that the last lost-time incident at the 50-worker Mingo County mine was in December 1986. Seven of the 50 workers currently at the mine have been on staff since 1986.

"One million hours is a milestone in anyone's book. Three million hours is even more commendable and a reflection of the continuing commitment to safety which our Wiley employees clearly demonstrate," Consol chief operating officer for coal Jimmy Brock said.

"No matter what the weather or mining conditions, the attention Wiley employees pay to safety is second to none," Miller Creek superintendent Keith Bartley added.

"The workforce at Wiley demonstrates dedication to safety by being observant and working safely every day. It's about focus [and] communication."

Wiley is part of the Miller Creek complex, which is operated by the Consol of Kentucky subsidiary.

The RE Bailey Safety Award, established in 1977, was an internal honor given in recognition of operations surpassing 1 million hours without a lost-time accident; Wiley was the last operation to receive one. The award has since been retired and replaced by the J Brett Harvey Safety Award.

Wiley, which produced just over 560,000 tons last year, produces steam coal, which it trucks to the Miller Creek preparation plant for processing and shipment.

Thanks for dropping in

The operator was helped from the truck without injury. 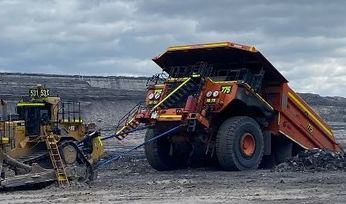 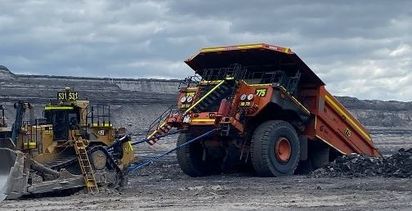