International mining consultant John T Boyd noted an imbalance between supply and demand has resulted in several major changes by its clientele. “A number of coal consumers are ill-prepared for higher pricing, as they erroneously assumed the previous 20 years of declining prices marked a permanent trend,” John T Boyd said.

“Such companies are seeking price forecasts and looking to secure their fuel supplies. Likewise, financial entities are pursuing investments in the coal industry, either through acquisitions or new mine development, and thus require analysis of potential opportunities.”

The consultancy said mining companies are also looking to strengthen their balance sheets while expanding their operations, and are in need of strategic planning advice, particularly regarding their competitive position in the industry.

“Experienced financial investors and lenders learned from the 1990s and still retain Boyd to complete due diligence reviews before they accept financial exposure.”

Looking ahead, John T Boyd said the financial failures in the late 1990s and early portion of this decade, combined with the strength in the coal markets today, is causing informed investors to return to more traditional approaches for investment analysis.

“Clients are now focusing upon getting independent expert views, including assessment of alternatives and sensitivity analysis, based on due diligence analysis of reserves, plans and projections,” the consultancy said.

“We regard this return to the prudent evaluation of mining projects and investments as a positive factor regarding the viability and sustainability of such projects.”

Marshall Miller & Associates’ 200-plus staff – including about 50 geologists, 40 engineers, 20 engineering technicians and 25 environmental scientists – have seen merger and acquisition activity rise exceptionally under the improved market conditions of the past few years, slowing down somewhat in late 2006 as sales prices came under downward pressure.

A number of new entrants into the coal industry arrived between 2003 and 2006, led by private equity groups. Acquisitions were followed by initial public offerings and as of late 2006 the population of publicly traded coal companies had increased dramatically.

“Once dominated by privately held companies, the coal industry is now dominated by coal companies trading on Wall Street. Interest continues to be quite high from outside the industry but many new potential investors have tempered their interest in response to declining coal prices,” the consultancy said.

“Under market (price) pressures we can expect to see a new round of consolidation in the US beginning in 2007 as established companies look for good opportunities in a declining market. Interest in opportunities overseas was also quite robust with MM&A supporting M&A and related activity in Canada, China, the Czech Republic, Mexico, Colombia, Venezuela and Kazakhstan in recent years.”

Consequently, MM&A has seen a rise in work providing feasibility and due diligence services to the coal and industrial mineral/aggregate industries.

“With the increase in the population of publicly traded coal companies in the US and the requirement to certify the reserve base in accordance with SEC guidelines, much interest and effort has been devoted to meeting the obligation to certify that all reserves meet the economic criteria,” MM&A said.

“As interest has grown in the expansion of current operations and in the development of new operations, the requirement to meet rigorous financial analysis has likewise increased. These analyses are underpinned by geologic and mining engineering analysis and MM&A has been called upon to assess the potential of expanded and new operations under increasingly more complex geologic settings.” The consultancy anticipates an increasing role in these evaluations where it can provide an independent assessment considering all of the relevant operating and market factors.

Driven by the financial community and utility companies, interest in operational reviews and assessments has increased significantly during the decade. In 2006 MM&A completed eight international projects, most of which involved a component to assess current or proposed operations.

The consultancy has evaluated longwall mining operations and the application of longwall equipment throughout the United States, Europe, Asia and South America. It also has to its name the position of primary consultant on the implementation of the first US-styled longwall in China.

On behalf of various utility companies, the consultancy has visited and assessed operational aspects of potential and existing coal suppliers as they looked to gain assurance of new or expanding coal supply. “These types of analyses and reviews will no doubt increase from this point forward as mining operations encounter increasingly more complex geologic conditions in which to operate mines,” the consultancy said.

Assurance of coal supply to utilities and the ability of a company to meet its debt obligations are the focus of many recent reviews.

According to MM&A, interest in highwall mining continues to expand both in the US and internationally. Interest in the technology has steadily grown due to generally favorable economics associated with highwall mining as well as the ability to recover otherwise stranded reserves.

“All manufacturers seek to upgrade the technology with current emphasis in the areas of guidance systems, strata control, and the ability to operate under steeply dipping seam conditions, among others. Other recent improvements have included additional depth capability and low-profile cutterheads,” the consultancy said.

“The coal industry continues its proactive stance on the environmental front and leads the initiative to assure compliance with existing and pending regulations,” MM&A said.

The consultancy’s experience with international greenfield ventures includes adherence to the Equator Principles, a benchmark for the financial industry to manage social and environmental issues in project financing. “The US coal industry has been adhering to similar policies for many years. In fact, many fundamental components of the US mine-permitting process incorporate these policies,” MM&A said.

The consultancy said many companies now outsource environmental study and audit work as it requires personnel with highly specialized training – of which an overall shortage exists in the coal industry.

“Mining is a business complicated by geology, and knowledge of the geology defines the risks,” the consultancy said.

“For a mining venture to be economically successful, the risks to production and safety must be identified in order to achieve the anticipated level of success and avoid the catastrophic loss. Knowledge of the geology and the relationship between mining and the physical environment is the most important of all the factors of mineral production.”

The consultancy provides a full scope of mining engineering services, from exploration program development and implementation, through to operational evaluation. It has staff holding PhDs with specialties in rock mechanics and geology, specifically oriented toward determining roof, floor and pillar stability in underground mines.

In addition, MM&A has participated in numerous evaluations of production and safety, most recently completing a review of retreat mining practices in Kentucky and a demonstration of seismic techniques to locate abandoned mine workings.

Feasibility study into high-grade deposit pencilled in for December. 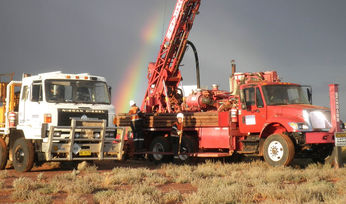 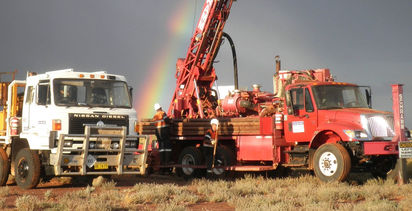 Equotip on trial at Bowdens