IN THE first instalment of a two-part series on women in mining, Charlotte Dudley looks at some of the pioneers.

With its rough and tough image the mining industry has long had a reputation as a bastion of male might.

This masculine image has presented intricate challenges for women in an industry that has been arguably slow to respond to the potential offered by female workers. But a number of mining women have not only entered the resources industry but forged exciting and diverse careers within it.

Sandra Close is the founding director of mining consultants Surbiton and a 40-year veteran of the mining industry. While she said an overhaul in attitudes was well overdue, she recognised that change was occurring.

When Close started out as a field geologist in the mining industry in the 1960s, she had to cope with an environment that was “totally and utterly male”

“There were no women, full stop,” she said. “You simply had to learn to get along irrespective of that.”

Working for CRA Exploration, Close was the first female company-employed field geologist in Australia, and had to navigate the industry without the guidance or precedent of other female mine staff. Viewed as an oddity because of her gender, Close said expectations were high and often confused.

“Above all else you had to be good at the job. There were so many things that were difficult, the one thing you couldn’t afford to be wrong at was the job itself.”

Unaccustomed to working with women, Close said men’s mixed expectations often caused a lot of difficulties. “On the one hand they wanted you to do the job, on the other they wanted a woman who was soft and motherly,” she said.

Close said male mine workers often had problems with trying to integrate the different elements of a female colleague.

Perhaps partly due to the pioneering efforts of women such as Close, Australian Mine Services general manager Julie Smith-Massara said she did not find herself up against any negative attitudes from men in the industry and that she has always been treated with “the utmost respect”.

“Hand on heart, I just really haven’t experienced a lot of negativity. So I guess I’ve been lucky in that regard,” she said.

For Close, after 10 years as a field geologist she make the bold move into the burgeoning resources banking sector where her minerals experience proved a valuable asset. In the early 1980s she joined the team at Shell in financial planning and management roles, before rising up to senior management to occupy a corporate advisory role. Her 10 years with Shell was marked by significant career advancement but Close recalled the challenges of working within the petroleum industry culture.

Describing the “racing car” mentality of 1970s oil companies, Close told of getting more than a few raised eyebrows when driving her executive company car (the first ever given to a woman at Shell) and when, around halfway through her time at Shell, Close had twins, this further challenged long-held ideas of corporate behaviour.

“It was a pretty strange spot to be in,” said Close of her time at Shell.

In addition to raising a family, establishing a sustainable development company and earning her PhD, Close went on to start up her own mining consultancy in 1996 (husband Jim came on board later). Close said she had witnessed much change since she first began in the field and was supportive of more women entering this once exclusively male industry.

In contrast to Close, AMS’ Smith-Massara is a relative newcomer to the world of mining, having set up a Perth-based engineering services and mine maintenance company in 2003.

As divisional general manager and co-founder of AMS (along with husband Ian Massara) Smith-Massara was recently named First Among Equals in the 2007 40under40 awards, which recognise business and leadership excellence.

In less than four years Smith-Massara has helped grow the company to a point where it is now on target to achieve a turnover of $20 million this year and boasts Rio Tinto and BHP Billiton as customers.

Smith-Massara explained how a strong background of family businesses combined with her husband’s technical experience led her to start AMS. Once a gap in the market was identified, Smith-Massara said she spent three years researching before starting the mine service business.

“I love everything about the industry and that’s the honest to goodness truth. Down to the landscape and the environment, that’s all exciting for me,” she said.

From where Smith-Massara sits these are exciting times. She said she felt strongly that the current boom conditions presented women with unique opportunities to not only earn the big dollars but to build a career path in a dynamic and challenging industry. Backing this up, she said discussions among female workers at AMS (both clerical and onsite operational) confirmed the current industry climate was regarded by many women miners as a “once in a lifetime chance”

Apart from “the occasional comment” from members of the old school managerial brigade during the early days of both the company and the current mining boom, Smith-Massara has found industry response to be excellent. She drew attention to the positive impact of a more open and generally more youthful managerial style, a style that is typically more receptive to new ideas.

Gekko Systems managing director Elizabeth Lewis-Gray presides over an award winning minerals processing equipment supplier. Turning her back on her stockbroking career, Lewis-Gray, together with her husband Sandy Gray, established the company in 1996, initially operating out of a backyard shed at their home in regional Victoria.

Bringing to the business the knowledge and experience gained from her stockbroking days, Lewis-Gray assisted in growing Gekko from a small family business to a global company with a multi-million dollar revenue and customers worldwide. With its headquarters based in Ballarat, Gekko has offices in Johannesburg and Vancouver.

The managing director and mother of three said being a female in senior management sometimes brought benefits to the business negotiation processes as a female presence seemed to result in less aggressive discussions.

Thiess executive mining manager Simone Wetzlar shares the positive sentiments and said by taking the time to listen and by stressing the value of all workers, she had gained respect on the mines.

With a background in construction and human resources Wetzlar made the move into operational mine management, working at Mt Owen and Southlands mines in the Hunter Valley and BHP Billiton’s Mt Keith operation in WA. Her current role involves managing about 1400 staff at four Bowen Basin mines: Collinsville, Burton, South Walker Creek and Curra North.

Passionate about the opportunities the industry offered to women, Wetzlar was last month awarded the Resources Award for Women by the...click here to read on. 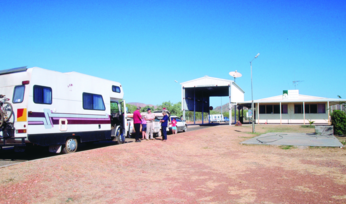 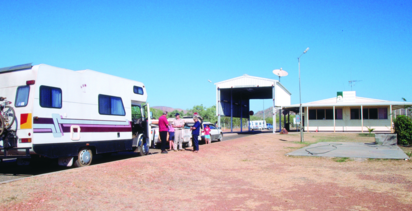 Prepare for a Section 18 rush