A STUDY into the effects mining would have on groundwater reservoirs in New South Wales Liverpool Plains could be a step closer after a breakthrough meeting.

Farmers, local stakeholders and the mining industry emerged from round table discussions with NSW Primary Industries Minister Ian Macdonald to discuss water studies in the region, the ABC reported.

A spokeswoman from the Minister's office told ILN the meeting on Monday was positive and another meeting with stakeholders would follow.

Farmers and the mining companies agreed to provide separate terms of reference for a possible study into the inter-connectivity of groundwater reserves.

Coal major BHP Billiton stepped back from a potential longwall mine in the region last month, saying it could not work with existing farming practices.

The miner excluded the flood plains from its Caroona coal project exploration plans, touting environmental concerns as the main reason it had decided to narrow its search for coal in the region to ridge country.

A BHP Billiton spokeswoman told ILN it would continue to have ongoing discussions with all stakeholders, including the NSW state government, about the Caroona project but would not comment on specific meetings.

Farming group the Caroona Coal Action Group have been vocal against mining in the region, arguing it could permanently damage water supplies.

The group said no adequate studies of the interconnectivity between underground aquifers have been undertaken.

The NSW Farmers’ Association also raised its concerns over the protection of water sources for its farmers, after an exploration licence was granted to China’s Shenhua Energy Company in the Gunnedah area last month.

The association has called on the NSW and federal governments to commission an independent, catchment wide water study.

“This study needs to look at the underground and surface water flows of the Liverpool Plains prior to any further exploration or mining taking place, as we are particularly concerned by the governments’ assertions that strict environmental regulation will prevent any impacts on aquifers,” Farmers’ Association president Jock Laurie said last month.

The Caroona Group’s plea came into the spotlight last week when over 200 farmers turned up to protest at the Gunnedah Basin Coal Conference.

ILN placed calls to the minister’s office, but they had not been returned at the time of publication.

“These different sectors have been co-existing profitably and mutually advantageously for 150 years. Clearly in NSW we have a very unique set of challenges because mining takes place on top of, next to, and underneath, alternative land uses. That means there has to be a tremendous focus on the sustainability of what the mining industry is doing and what the alternative land uses are doing.”

Williams said the Liverpool plains were an important farming region and any development, whether it was a farming or mining development, needed to proceed with care.

She said that while collaboration would not be straight forward, discussions between the NSW government, farmers and industry were progressing. The council has chosen not take an official perspective on the issue.

Williams said “The NSW Minerals Council, on behalf of the industry, would never take a position on something like a water study. In any case that is up to the proponents, other stakeholders and the government to decide what the appropriate way forward is.” 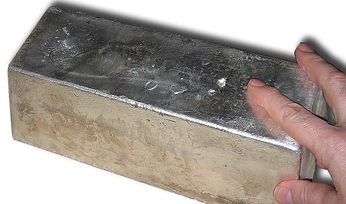 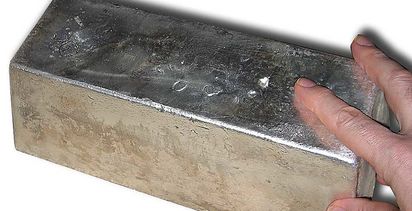