Anderson Industries are acting as distributors for the US-based TY Cushion Tire - testing the Australian water for the US manufacturer.

Anderson began talks with TY in early February 2004 and received the first shipment of 20 tyres in June.

Six tyres have already been fitted to a 120g grader at BMA’s Crinum longwall mine and another two on a grader at Xstrata’s Oaky North. Two were also installed on a powertram trailer at Oaky North.

Anderson also plan to fit four TY Cushion tyres onto a Driftrunner hire vehicle for a trial period to test the products ride, durability and performance, being much lighter than a conventional solid fill tyre they also hope to reduce Drivetrain wear items or at least extend its service life.

Anderson sales manager Phil Ryan said the imported tyres offered a better ride than solid fill tyres, no punctures and if a machine hit a rib wall bolt, the tyre sidewall cuts rather than being ripped apart- making the tyres ideal for graders and other underground vehicles.

TY Cushion also has an excellent application for solid rubber tyres on chock carriers without the need for traction chains - an expensive and very high maintenance item.

Despite being relatively new to the US underground sector after developing specialty tyres for severe mining applications in 2002, TY Cushion Tire proved their worth in some difficult longwall moves and operations.

Anderson displayed the new tyres at the Queensland Mining and Engineering Exhibition during July where they received solid interest.

Production rates could be maintained while operating remotely. 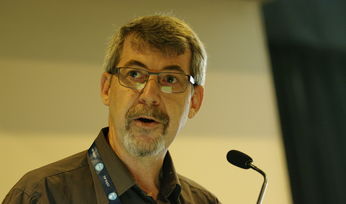 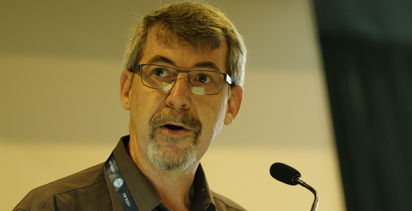