A SIMPLE fix to a common mining problem was enough to attract former Australian cricket star Glenn McGrath. Supply Side by Noel Dyson 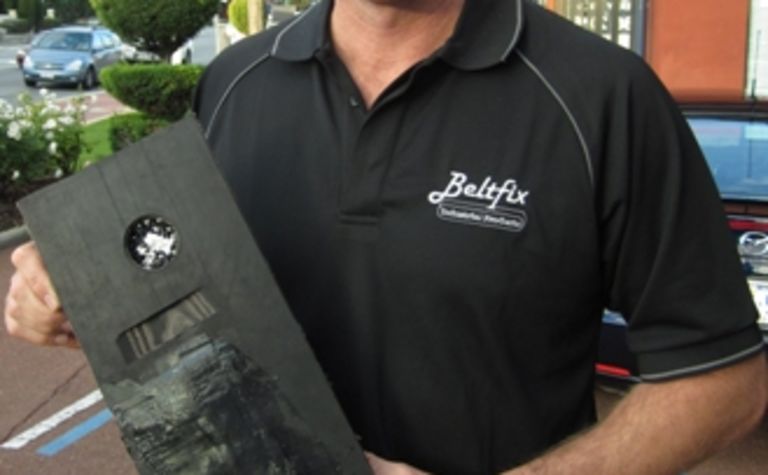 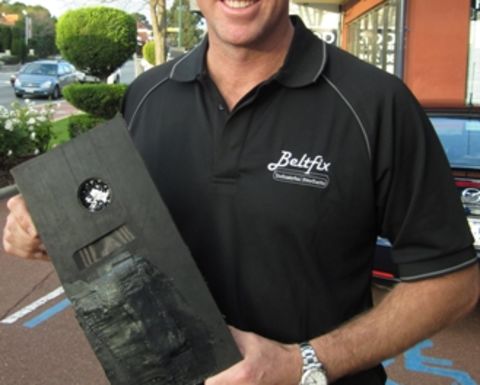 By his own admission McGrath was never a complicated cricketer. He took a very simple but effective approach to bowling. Even so it netted him 563 wickets from 124 test matches, at an average of 21.64.

A simple but – at least on face value – effective conveyor belt repair technique attracted him as an option for life after cricket.

McGrath said he had wanted to get as far away from cricket as possible and it would be safe to say that chief executive officer of Beltfix Australia would fill that bill.

It was on a trip to Canada where McGrath saw the product in action and heard how much money it had saved a major coal terminal there that really helped sell him on its benefits.

As he points out, the Beltfix approach is simple.

First the damaged area of the belt is cleaned up with a brush and then an industrial knife is used to camber around the damage.

The Beltfix material is simply put into the rip in the belt. Heat is then applied and in the time it takes to watch an episode of Two and a Half Men, the repair has cured and the belt can be put back to work.

This heat source can be in the form of a blow torch or, for places where a naked flame can be an issue, such as underground coal mines, a hot air gun will suffice.

The granules melt and this molten material, which has extremely good adhesion qualities, can be shaped to fully fill the repair.

Unless the tool used to smooth the molten Beltfix into the damaged section of the belt was kept warm, there was a risk the material could stick to it.

In the case where a hole has been worn right through the belt, it is simply a matter of fitting a foil backing to the hole, filling with the Beltfix granules, heating and smoothing then waiting for it to cure. Like other Beltfix repairs, the repair cures within half an hour and the belt can be put back into action.

But say the belt has a scraper on it and the repair has been made too proud to get through the scraper? Maughan said it was simply a matter of reheating the repair and reshaping it so it no longer catches the scraper – something he said could not be done with a conventional conveyor repair.

About the only thing Beltfix cannot do is repair a belt that has been cut.

However, Maughan said, belt repairs could use clips to return the belt to action.

Beltfix, he explained, could be used to cover those clips to prevent any of the conveyed material finding its way through any gaps between the clips.

How Maughan and McGrath came together is an interesting story in itself.

Maughan used to be in the security industry. He was the Australian cricket team’s security representative during the 2003 Cricket World Cup in Africa. Maughan and McGrath became friends during that time and kept in touch.

Initally it was thought the product would be ideal for getting a damaged belt through to a maintenance period.

However, it was found that the repair was good enough to keep the belt in action for a much longer period.

So far, Maughan said, the company had data going back 12 months on some of its repairs.

McGrath said one thing that had really sold him on the product had been a trip to a Canadian coal terminal.

A belt there was damaged, holding up shiploading operations.

“It took them two hours to fix the belt [with Beltfix],” McGrath said. 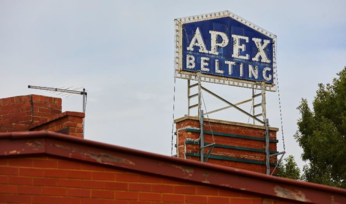 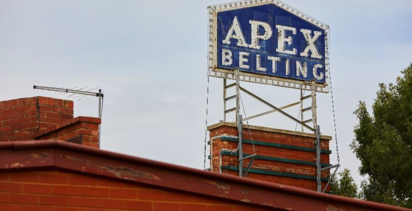