WHAT started out as an underground road in his shed for a “bit of fun” has turned into a success story for Lennon Training founder Kerry Lennon. 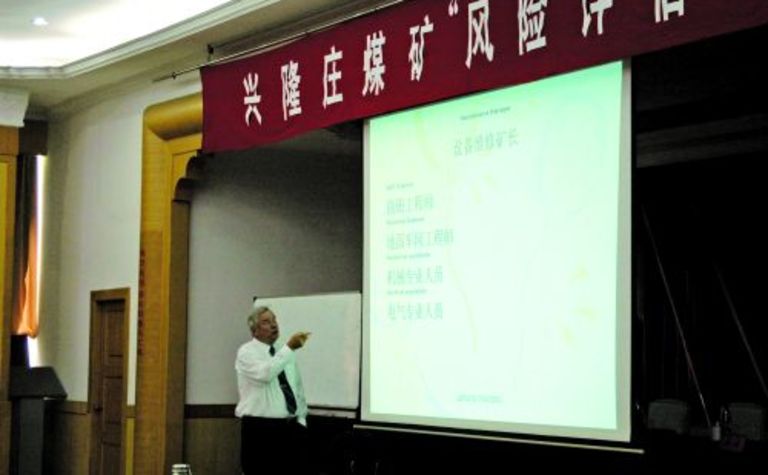 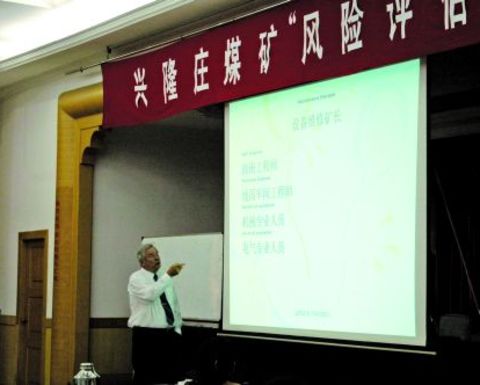 Lennon has been recognised in Australia as a leading figure in coal mining safety as well as an advisor on matters of mine safety education.

He has more than 30 years experience in the coal mining industry, including working as a coal miner.

It is now making inroads in safety education into the Chinese coal mining industry, considered one of the most dangerous in the world.

Officially opened in May 2009, Lennon’s underground training facility at Emerald set the benchmark for training of new starters or “clean skins” in the coal mining industry.

It aims to give a sound safety introduction to new starters in as close as possible to a realistic environment.

A cut-through has been constructed off the roadway.

The cut-through has a non-rated plaster stopping with man door, a shot firing face with a 22 shot pattern drilled, and a crib room as well as everyday bits and pieces found in a crib room.

An overcast has been built over the top of the cut-through.

The new starter does risk assessments on simple underground tasks and conducts isolation of air/water lines in the underground environment.

With light supplied by cap lamp only, the new starter is trained on a self rescuer and changeover to a breathing unit underground.

Lennon says that what initially drove him to set up the company in China was the desire for a challenge, and China was the “obvious” place to go.

Believing China’s underground coal safety standards to be where Australia’s standards were 30 years ago, he set off to China in 2004 to address the problem directly.

Determination to get his training group up and running in the country led Lennon to offer free training services for a number of years to get the local market acquainted with his product.

Travelling to China’s most significant mine provinces saw him slowly build up his contacts.

Lennon Training now has an office in the coal mining province of Shaanxi.

Lennon says it is the only private training group in China to specialise in the delivery of safety inductions and risk training.

While he’s only allowed to teach up to 40 students in Australia, he is at times teaching classes of more than 140 in China.

Lennon says his classes are popular and it doesn’t just show in the numbers.

“When we finish a session, people don’t want to leave the classroom; they want to keep learning,” he says. “It’s just so rewarding.”

Lennon has operated the Chinese organisation mostly on his own, albeit with a few Chinese instructors and his translator.

He has taught in most of China’s coal mining provinces including Shandong, Shaanxi and Mongolia and has trained many thousands of crew leaders.

The organisation, which translates to Lanlongpeixum in China, is registered as a wholly owned foreign enterprise in Shaanxi.

It focuses on passing on some of Australia’s safety standards to the Chinese coal miners to advocate systems of personal risk assessment and improve their attitude towards safety.

With China’s coal mines still a high-risk work environment, Lennon aims to convince the government of the training’s effectiveness in reducing accidents. Lennon says he would simply like people to know how to work underground safely.

“We’re trying to encourage miners just to stop and take a look,” he says.

Lennon’s training consists of classroom-based teachings involving assessments to mark the progress of each student.

People are given the option to attend a one, two or three-day session. He says the three-day training course will train new starters to a level as good as an Australian coal miner.

“What we’re doing is we’re going to China and saying we’re not going to teach you how to mine coal, because they can do that quite well,” he says.

“We’re going to give you some safety ideas that have worked in Australia to reduce accidents.”

“I’ve done a lot of free training in China, but I don’t care as long as I get the message out there,” he says.

Lennon’s persistence in getting the message out there has caused him to spend about 75% of the year in China.

Travelling between the two countries bodes well for Lennon, considering both his son and daughter have taken over the operation in Emerald to allow him to focus on China.

Lennon’s reluctance to give up the cause in China says something about his strength and character. Although the group hasn’t quite got the recognition that Lennon wants he says he will continue to get the message out there.

Despite previously working as a coal miner Lennon hasn’t had any personal experiences with underground accidents or deaths.

His desire to improve the safety standards of the coal industry in China is simple: “There’s no need for all those innocent people to die.”

“There are a lot of families over there who suffer badly because of poor attitudes towards safety,” he says.

“I get people to understand, [to] look before they leap.”

Lennon thrives off positive feedback. “We did some free training in Shandong province and didn’t hear anything from them,” he says.

“About a year later I had dinner with some people and they said they were now teaching it. It was excellent. If you canmake a difference to your workplace, then great.”

Lennon says he is starting to see improvements in the country’s safety standards. “

They’re trying to improve their safety,” he said.

“They are aware that it’s not good, but the big wheels turn slowly, so they are trying. I can see already from the seven years I’ve been there [that] there have been a lot of changes.”

The future for Lennon Training is looking up, however he hopes to win work from some of the coal mining regulators.

And the prospect of getting a customer on contract is promising.

Lennon says he recently received an email from a Chinese mining group that has a contract to drill in the Galilee basinand the group wants Lennon to train someof its Chinese people before they begin work.

“We’ve obviously reached a lot of people already,” he says. “[But] it’s such a big industry and we have to get the Chinese government’s recognition, that is a key point.” 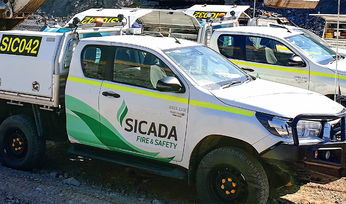 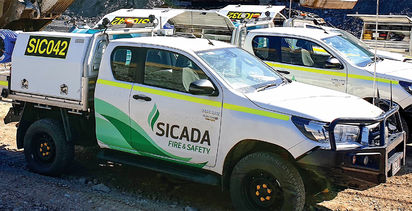