RIO Tinto’s Kestrel mine is remaining diligent about ensuring its employees know what to do when they encounter a snake, recently holding a snake safety course for its workers. 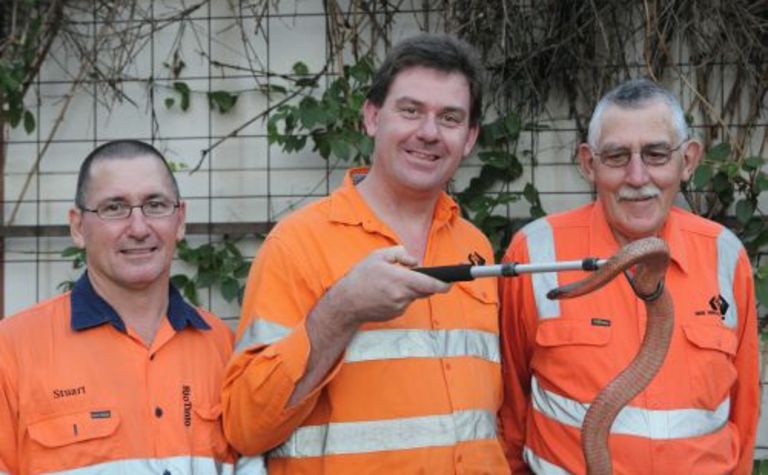 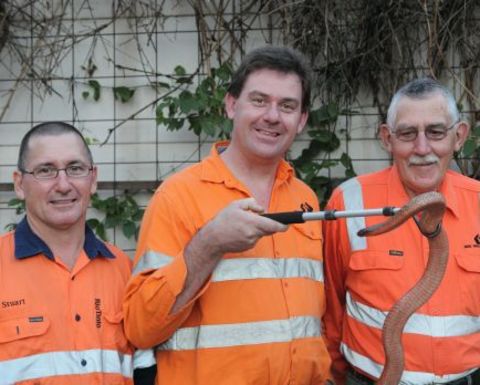 With more than 120 species of snakes living in Queensland, and almost two-thirds of them being venomous, it is paramount that Kestrel mine workers know how to act safely in the chance they come into contact with a snake.

The courses are run by a professional snake handler and have been operating at Kestrel annually since 2009.

During the courses Kestrel employees learn about useful strategies and training on how to handle a snake if they see one or are bitten.

“The most commonly encountered venomous snake in the Emerald region is the eastern brown snake, but locals also need to be aware of death adders and mulga snakes, which are very dangerous,” McCarthy said.

“Although different types of snakes have different features to distinguish them, it can still be difficult to identify a non-venomous snake from a venomous one, so people should always use caution and avoid contact with all snakes.”

McCarthy’s top tips for what to do when encountering a snake include stay calm, avoid taking action and call the Department of Environment and Resource Management on 1300 130 372 for details of local snake catchers in your area.

Kestrel mine environmental field technician Stuart Jenkinson undertook the snake course and said he had gained useful knowledge on how to manage snakes safely.

“The highlight for me was the hands-on nature of the course and receiving experience and advice on handling a snake if we need to on site,” he said.

Kestrel mine general manager operations John Coughlan said the snake course was a vital part in the company’s overall commitment to achieving zero harm in the work place.

“There have been six snakes spotted in our infrastructure area in the past month so there was definitely a need for employees to undertake this course,” Coughlan said.

Other steps McCarthy said to follow in the case of a snakebite include: assume that all snakes are venomous and avoid all contact; seek medical assistance immediately if a person in bitten; lie down and keep still until medical attention arrives; and do not wash or cut the wound but apply a bandage to the affected area to prevent the spread of venom.

Rio’s vigilance in ensuring snake safety at the Kestrel mine comes following an incident in which a worker in a Queensland surface workshop was bitten on the leg by a brown snake.

According to the Department of Employment, Economic Development and Innovation’s serious accident compilation report for January, in another incident a mine catering employee was bitten by a brown snake on the shin while placing a bag of rubbish in a bin at the rear of the kitchen.