THE Queensland mines inspectorate has warned that mine vehicles need regular wheel maintenance after a light vehicle travelling at low speed through a mine industrial area struck a pot hole and a wheel rim separated from its hub section. 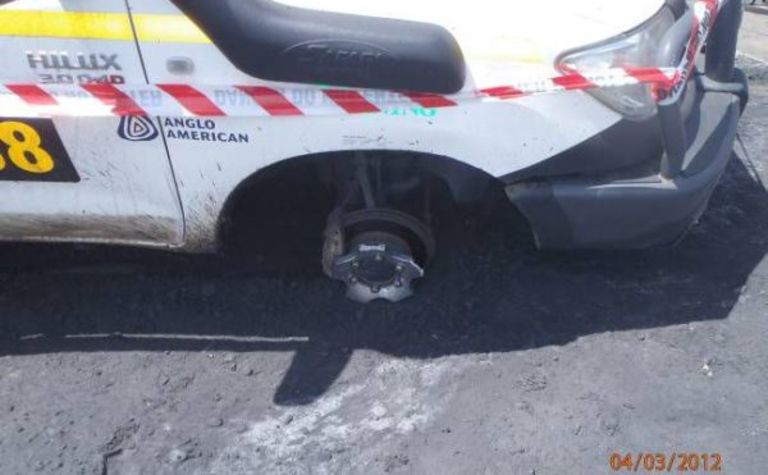 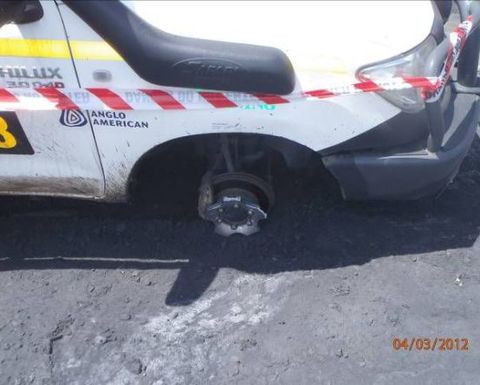 Rim failure of the driverâs side front wheel rim

The rim failure was due to fatigue cracking, starting on the internally facing rim side, around the base of the spokes.

“Rim failure can cause a driver to lose control, leading to a collision or roll-over, with high potential for impact injury to the occupants,” the Queensland inspectorate said in an alert. “Had the vehicle been travelling at high speed, a different outcome could have resulted.”

Harsh mine site conditions was considered a factor in the failure.

“The varying product quality of mass-produced components, such as wheels, is a factor in their failure,” the inspectorate said.

It recommended an on-site non-destructive testing (NDT) regime be developed and implemented for all light vehicle rims, both steel and alloy.

Also original equipment manufacturers should be consulted on what type of rim is fit for purpose.

All cracked or suspect rims be replaced with types identified as fit for purpose and roads be maintained to an acceptable standard and vehicle speeds be suitable for the surface, the inspectorate recommended.

The workers were using an incorrect procedure for the task. 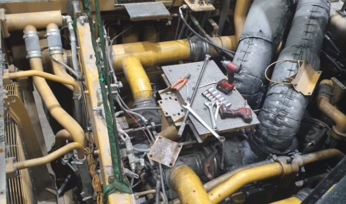 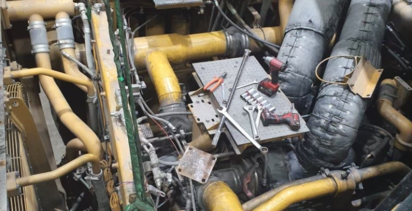