WHO'S bluffing? That’s the question Hogsback reckons will keep the Australian coal industry on the front page for the wrong reasons over the next 12 months as government and industry go to war over rising taxes, falling jobs and threats of more mine closures.

The government appears to believe the coal industry will not “go nuclear” and mothball mines because of Australia’s triple-tax attack.

Coal leaders say they are not bluffing and the closures being planned will nullify any gains the government might expect from its taxes.

Both sides cannot be right at the same time, though one result of the tax stand-off is guaranteed – the Australian coal industry will suffer from the appalling set of circumstances that have evolved.

The option of relocating to a more mining-friendly country is becoming more attractive by the day.

Trying to understand what has just happened to coal in Australia is not easy, which means the best starting point is the beginning of the process – which kicked off with a monumental blunder.

The bungle was a belief held by politicians and civil servants, particularly in Canberra, that the world of economics had been turned upside down, that the laws of supply and demand had been reversed and that the boom created by Chinese demand for commodities would last forever.

Look back a few years and that was the popular argument, championed by people who have never dealt with mining before and most probably would not know a mine if they fell into one.

Unfortunately, the “stronger for longer” crowd shouted down the “cyclicality crowd” who warned repeatedly that no boom lasts forever and what follows is inevitably a bust.

Well, guess what? The bust has arrived but the same people who took a year or so to recognise the boom are proving to be slow learners when it comes to the bust.

The net result is that the Australian government introduced two “boom-time” taxes specifically designed to hit the coal sector – a carbon tax and a tax on super-profits.

As if that was not bad enough the Queensland government this week lifted its revenue-based tax, rather cutely called a royalty.

The hike cuts in before the Australian government’s new taxes.

To cap off an appalling set of circumstances, the coal price has fallen so far some mines would not even be making a profit without the triple-tax whammy.

Coal leaders have been warning that if Australian governments hit the industry too hard they will go elsewhere.

Government has been counterclaiming that a mining industry cannot shift because the mines cannot be moved and there is too much sunk-capital in Australia to justify relocating.

If all this was a poker game and the coal industry was facing off against government, the point has been reached when someone has to say “I call you”

For readers unfamiliar with poker, the “call” is a demand that the other side show their hand. It is the point when honesty hits the table and both sides know who has won.

In other words, the Queensland and federal governments effectively issued a “call” on the coal industry by ramping up taxes at a time they were told not to do it or we would close mines, sack workers and reinvest elsewhere.

All the warnings that could be issued have been issued and the people who run Australia’s coal industry must deliver on their threats or be shown to have been bluffing.

It is, obviously, an awful situation.

Not only are there economic forces at work in the form of lower coal prices and rising taxes (and other costs) but there is a human ego factor at work.

Earlier this week he said problems in the coal industry were the fault of the industry for allowing “costs to get out of control’ and for poor industrial relations practices and poor management to push some mines into loss.

Nasser is right but that is cold comfort for the showdown point reached in the past few days.

Government has played its hand and whacked down a triple-threat of higher taxes and the bonus card of unworkable industrial relations laws.

The industry has responded with a few mine closures and threats of more to come.

The scene is set for full disclosure and for an outbreak of honesty.

Either government admits it got it wrong (awfully hard given the conflict of a Labor federal government and conservative state government) or the industry goes nuclear and mothballs many more mines – resulting in a zero gain for government because reduced tonnage equals reduced tax.

Who wins out of this stand-off?

No one but that is the awful point reached.

Mining Figures of the year unveilled. 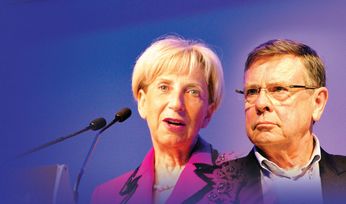 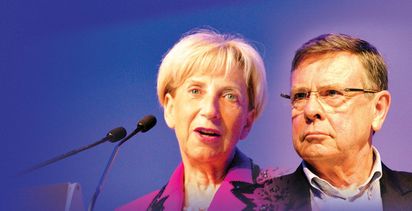