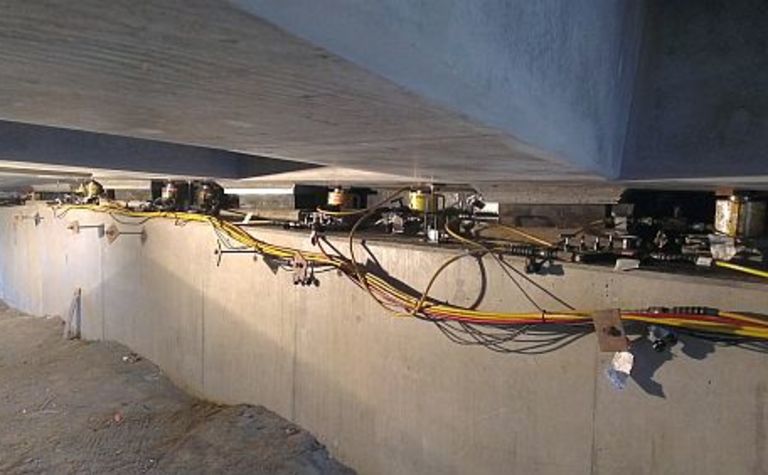 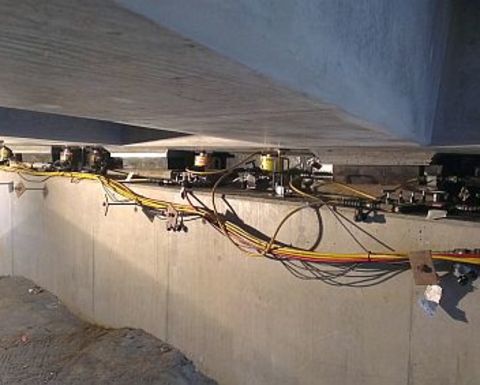 Coates said Leighton hired the Enerpac to respect Roads and Maritime Services’ tight tolerance requirements for the job – leaving no more than 1mm between the leading and lagging cylinders.

According to Coates, the system went further than satisfying that limit and managed to position the bridge with only 0.7mm between the 14 hydraulic cylinders at each jacking point.

The Enersync 8’s control system is a touchscreen programmable logistics controller with the functionality to weigh loads, determine centre of gravity, set and monitor stroke alarms and data log the entire lifting process.

The unit had sensor cables attached to eight stroke sensors under the bridge providing live data and the exact location of the structure at all times throughout the lift.

According to Coates Hire Lift & Shift national product manager Michael Broome, the Enerpac was responsible for ensuring much of the precision and safety of the lift.

“It’s all controlled from one centralised point,” Broome said.

“The stroke sensors tell the PLC where the actual bridge is.

“You can see what the structure is up to, what loads are on all the cylinders and you can set tolerance alarms.

“We were running at 0.7mm tolerance all the way up but anytime it got to 1mm there was an alarm if it went outside that – it would stop the lift and say you are outside of the tolerances you have set.”

Broome explained that alarms were also crucial to monitor traffic on the bridge and alert Coates to passing trucks and trailers that could have potentially thrown out the lift beyond the acceptable tolerance.

Coates said the Enerpac was suited to any application where precision lifting of heavy structures was required, such as bridges, draglines and ball mills. 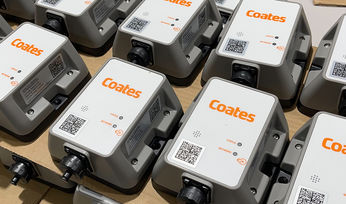 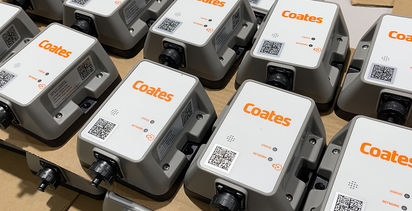