The change from a quadrennial to a biennial event didn't affect the number of exhibitors showcasing, which was more than 600.

“From feedback we've heard from exhibitors this week, they've had a very good week,” he said.

“The industry has changed a lot since 2011, from focusing on rapid investment and capital expenditure into a more cost-management and product-efficiency mindset, and reducing costs per tonne.”

Baker said it was important Reed Mining Events aligned with the mining industry and that his company did not make decisions based on what it thought was best for the sector.

“Visitors would have seen a difference in the products compared to 2011, because there's a shift from what's on offer to what the industry requires at the time, which is how it should be,” he said.

Visitors numbers are yet to be released, although Baker said there would be less than expected compared to the 2011 edition, where more than 17,000 people attended.

“Because of the shift of the sector, less visitors had attended AIMEX and exhibitors are conscious of that,” Baker added. “There expectations were in line with what the sector is currently doing.”

“We're receiving more international suppliers, that aren't your traditional OEM's, that aren't as well known,” Baker said. “As well as bigger Chinese companies that are producing higher-quality equipment and partnering with Australian companies so they can gain that technology and transfer that into their products and services.”

Crushing & Mining Equipment marketing manager Matt Brick said he had noticed a decrease in AIMEX visitors, compared to the 2011 edition.

“Although we've seen a lot of visitors between 10am and 2pm, and had a lot of interest in our new Tecman C300 rock breaker,” Brick said. “We will be back for AIMEX 2015, it's good to have a presence here and see all our New South Wales customers.” 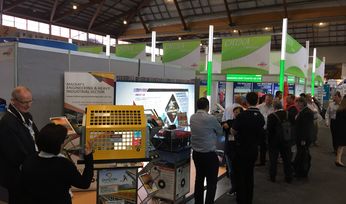 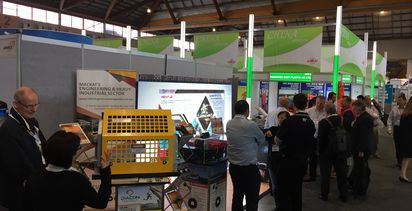